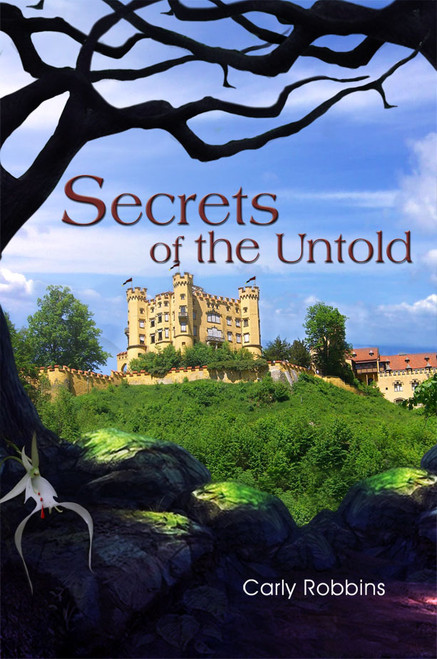 Secrets of the Untold
by Carly Robbins

Katelynn Anthony has always considered herself to be a plain little Southern girl living a boringly uneventful life. But now, nothing could be further from the truth. After Ms. Lera, the elderly lady who had been her surrogate grandmother, mentor, and benefactor passes away, Katelynn is swept away to Scotland to take care of her final arrangements. And as Ms. Leras heir, Katelynn finds herself caught up in a world of dazzling creatures and dangerous foes as she adjusts to her new title: Lord of Castle Go-Brath. Not only will Katelynn learn more about Ms. Leras adventurous past, but she will uncover secrets about herself and the world she thought she knew.

Carly Robbins was born and raised in the Great Smokey Mountainsland of the Cherokee, home of the black bear, mountain lion, and elkwhere the rivers run deep and long unbothered by man. In the early morning, when the mist of a new day is still tucked deep in the valleys and the sun has just begun to creep over the mountain, if you listen close, you can hear the giggle of fairies or catch the glimpse of a leprechaun. Okay, not really, but these mountains have fostered Robbinss vivid imagination. The peaceful hamlet of her hometown, Bryson City, reminded her ancestors so much of their precious Ireland and beautiful Scotland that they decided to call it home. As a child several generations removed, she loved hearing all of their stories. Some of these stories had evolved from Irish and Scottish folklore into a mix of Appalachian/Southern stories, and she tried to weave these into her book. She hopes you enjoy and that you may even see someone you know and love in the pages.