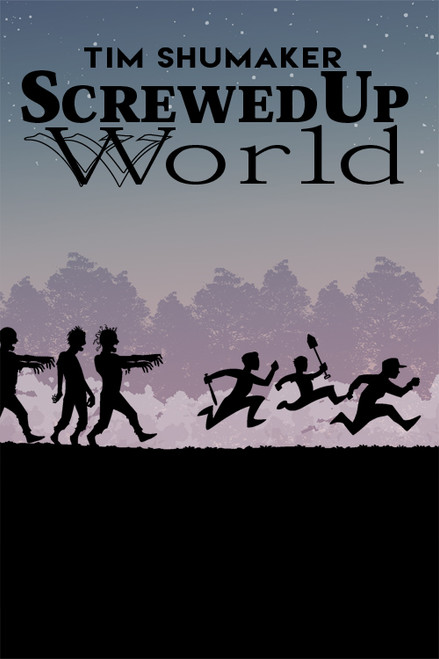 Screwed Up World
by Tim Shumaker

Jay Storm wakes up an ordinary teenager on a seemingly ordinary day. Trudging along through his morning routine, Jay meets up with his friends on their morning walk to school. When their neighbors and strangers on the street begin attacking them like rabid animals, they realize their world has forever changed.

Jay and his friends must band together and transform from a group of students into a team fighting for survival in a post-apocalyptic world overrun by zombies.

Tim Shumaker grew up the middle child of three. He has one older brother and one younger sister. Writing is his creative outlet. In addition to writing, Tim collects toys. Currently, he actively collects The Walking Dead toys and uses them to recreate scenes from the show.