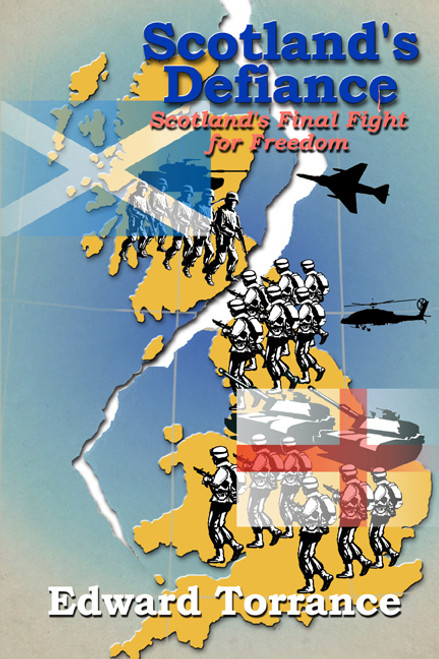 by Edward Torrance The year is 2005. For almost three hundred years, Scots had lived quietly and passively under the control and domination of a foreign power: England! It almost seemed like nothing could ever awaken the Scottish people to the lies, rape, and pillage of their homeland by every government that came to power in England. Every natural resource in Scotland had been stolen by the successive English governments, including the massive oil and gas reserves in the North Sea. The revenues generated from these resources went directly to the English government, and only a paltry sum was ever returned to Scotland. A corrupt Prime Minister aligned himself with a private English construction company to complete a plan to steal the most precious resource in Scotlandfresh water from Scottish lochsand pipe it to southern England for sale to the public. Billions of pounds were at stake, and the Prime Minister was willing to do anything to ensure he got his share, including massacre and murder. One true Scot, Andrew Ross, saw the evil intentions of the Prime Minister and other political figures and rallied Scots to stand up and fight! At last, after nearly three hundred years of domination and control by a foreign nation, Scots wanted to regain their independence and dignity and stood united to fight for freedom. War was looming, and England was in for a surprise at just how tough Scots can be when they are united. ABOUT THE AUTHOR A native of Scotland, Edward Torrance now lives in Calgary, Alberta, Canada, where he works as a self-employed safety consultant. He has three children: John, Michael, and Malcolm. His interest in politics and history led him to write this book, and he hopes it will highlight Scotland's continued domination by England. (2008, paperback, 172 pages)
×