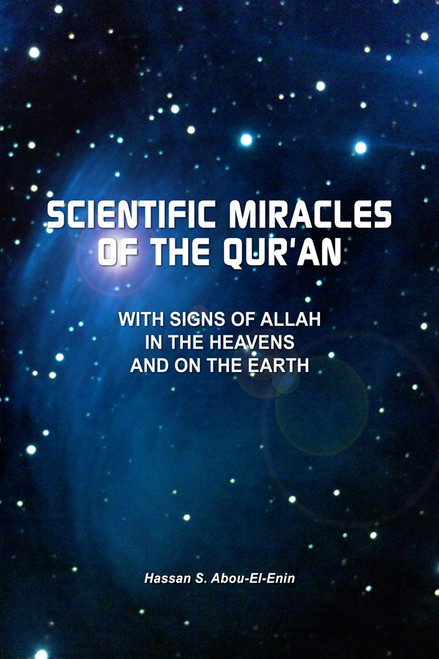 Allh adopted His Prophet Muhammad with an eternal miracle, i.e. the Quran, and He His Lord assures that He will keep it a safe guide from any changes and/or alterations, that may be done by disbelievers on its original text. The Quran is the Speech of Allh, and He The Lord sent it through Angel Gabriel to the Prophet Muhammad to invite people to Islam. The Quran was revealed in parts over a period of 23 years, and it is formed of 30 sections, which are of 114 Chapters (Surahs).

Verses of the Quran are challenging all mankinds abilities by two main miracles; the first is concerned with its miraculous Arabic Language that astonished the philologists of the Arab tribes whom were by that time, the top masters of the Arabic Language and its rhetorical styles, and they declared that the Quran is eloquent and intelligible. The believers have deep faith that the Quran is a Miracle of Allh and it is, without any doubt, His Speech.

Cosmic verses of the Quran, on the other hand, refer to scientific miracles, which are important evidences to Muslims and all other peoples of the world at any time. These miracles are challenging mans abilities and guiding him, in the same time to come to the conclusion that Allh exists and that He The Lord is the Creator of all aspects of the Universe and He is the One and Only.

The author asks Allhs Blessing for what he has been able to carry out in this work, and he invokes Allhs Favour for what he introduced to the readers, and he hopes that this humble and modest attempt offers a groundwork to the tasks that lie ahead in this field.