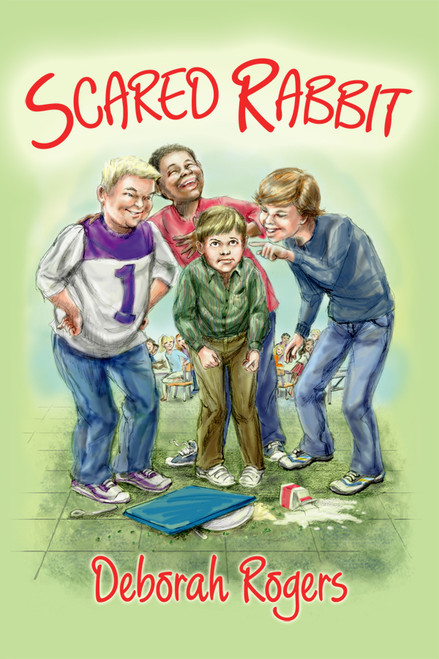 Marcus is a third grader at Hillman Elementary School; small for his age and shy, he finds himself the target of bullies.  But with a little advice from his grandpa and mom, Marcus learns how to deal with the bullies — and discovers how brave he truly is.

In addition to the main story, Scared Rabbit includes helpful tips for students and parents on how to address the issue of bullying and encourages discussion both in the classroom and at home.

Deborah Rogers is an elementary school teacher who also worked for many years with the Alcohol & Drug Abuse Commission as a prevention specialist.  She worked with anti-bullying programs and their underage drinking initiatives and also served as the 12th Judicial Circuit Alcohol Enforcement Team Coordinator in South Carolina.

Before settling into teaching, Deborah was a singer/entertainer on cruise ships out of Miami in the 1980s.  She has also acted in some small roles in a few made-for-TV movies.  She says that she’ll soon have to come up with a new bucket list because she has completed most of her first one!

Deborah is a graduate of Converse College in Spartanburg, South Carolina, where she received her BA in Education.  She obtained her Master’s in Education from Lesley University in Cambridge, Massachusetts. She currently lives in Marion, South Carolina, with her two sons, Spencer and Barrett.

I'm Not Scared to Get a Shot

I'm Not Scared to Get a Shot - eBook

Save a Dance for Me