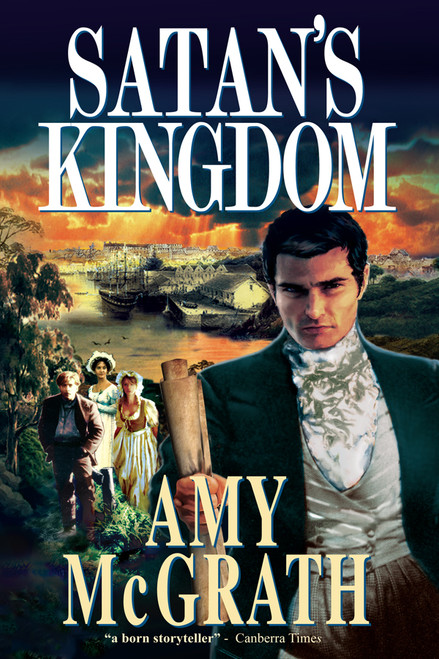 In the explosive times of the French Revolution and Napoleonic wars, three womena French countess, an English convict, and an Irish Quakerplay out their loves, lost and found, in the tiny colony of Sydney in faraway Australia.

Jenny and Isobel, two women leading completely different lives, succumb to their circumstances as laws, arranged marriages, and harsh economies dictate their lives. Jenny must come to terms with an unfair and harsh punishment as a judge sentences her to death. Isobel must maneuver her way through her own strength and the men who desire political power. Together, as free settlers west of Sydney, they suffer French plots, Irish uprisings, attacks by deranged convicts, and extortion from the NSW Corps, led by ex-Captain John Macarthur.

Will they find the peace they seek at last, inspired by Governor Blighs stubborn resistance to imprisonment and contempt during two years of republican chaos?

Amy McGrath has also authored seven books of poetry, four of which are on electoral politics; two epic novels; and four books on gluten-free eating.

All the conflicts and clashes of character players, in her story, and how they survived their hardships stranded 4,000 miles from the nearest western colony, are drawn from existing records.

Dr. McGrath married the research skills earned in three degrees in history to the dramatic skills acquired in writing several plays and musicals, 9 books of poetry and 2 previous epic novels - Kublai Khan and Opium Lords. Of the latter the Canberra Times wrote - 'she is a born storyteller.'