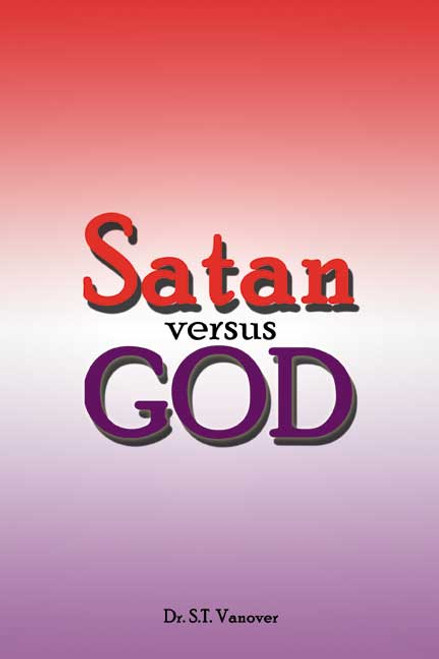 by Dr. S. T. Vanover We are living in perilous times. Wars, terrorist activities, and economic instability are common topics on the news. Is it possible that the end-times problems we are facing stem from an attempted coup that occurred before the creation of the world? In Satan versus GOD, Dr. S.T. Vanover reveals the conflict of the ages. It is not an earthly war, but an epic battle between God and Satan that began when Satan rebelled against God. You will learn who this Satan is and why he is so dangerous. There is a battle for mens souls, and you cant afford to be caught unaware. With over forty years of study, Dr. Vanovers biblical insights will show you what angels and demons are and how they operate, how the devil manipulates trade, the cause of UFOs and other unexplained phenomena, and the future of America and the world. ABOUT THE AUTHOR Dr. S.T. Vanover is a retired medical doctor. He received a degree in Chemical Engineering from Rose Hulman Institute and an MD from the University of Louisville. After more than forty years of study, he wrote a trilogy to provide his conclusions about the End Times. The contents provide information not generally discussed regarding this epic battle in the past, present, and future. Satan versus GOD completes the set, which also includes Religious Bastards versus Men of God and Holocaust #2. Dr. Vanover enjoys teaching Sunday school, reading, sports, and yard work. A native of Louisville, he has two sons and still lives in Kentucky with his wife, Phyllis. (2008, paperback, 174 pages)
×