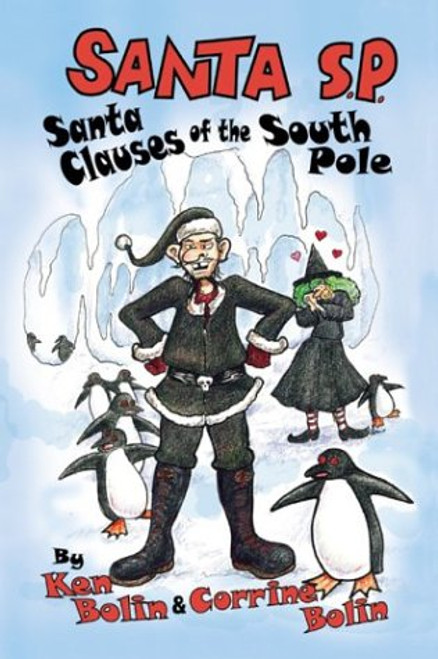 by Ken Bolin and Corrine Bolin

With an unusual twist to a popular character, Ken Bolin and Corrine Bolin introduce us to the flip side of the conventional jolly Santa Claus. When a spell goes wrong, and Santa accidentally exiles a witch and her boyfriend to the South Pole, they decide to get revenge by setting up in competition with Santa. Dressed in black and white, Santa South Pole sets off in his bone sleigh drawn by flying penguins in search of bad children. He does not have to go far. Two families of the most wicked young reprobates ever to have trashed their homes are waiting for the real Santa. The two Santas battle it out, with the Anti-Santa winning. He whisks the children away to the South Pole to be his slaves. A real cliff-hanger, Santa S.P. leaves in suspense surely the real Santa will come to the rescue in the next episode?

Ken and Corrine Bolin live in Bay City, Wisconsin, so they know a bit about snow and ice. They enjoy fishing and travel, and have collaborated on several books.

Santa Claus in America on the Eve of Christmas