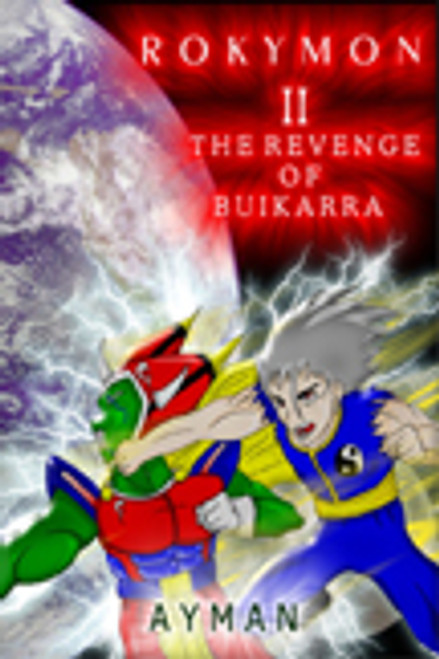 by Ayman Haroun The second ROKYMON adventure finds team members Chris, Sara, Lavan, and Meris relaxing after their victory over the evil alien Dravolo. But their leisure doesnt last long. A visit to their friend Tatal confirms their worst fear: Buikarra, Dravolos father, is alive and well and has escaped the curse that held him prisoner for many centuries. Now he roams at will, seeking revenge against the ROKYMON team with every intent to succeed where his son failed, destroying the team and the entire universe. With help from Tatal and the addition of some powerful new friends, the ROKYMON team is stronger than ever, but they have never faced an enemy like Buikarra. Once again, the fate of all living creatures rests in their hands. Will their wit, strength, and friendship be enough to conquer the greatest evil the world has ever known? About the Author: Ayman Haroun is an avid writer and often finds inspiration through his fondness for anime. The Revenge of Buikarra is his second ROKYMON adventure, and he is at work on a third novel, Evolution Zero, and Through Wandering Eyes, a book of poems. Ayman is a high school student and is involved with the Future Business Leaders of America. When not writing, he enjoys soccer, swimming, drawing, and video games. His first adventure, ROKYMON, is also available from Dorrance Publishing. (2003, paperback, 96 pages)
×