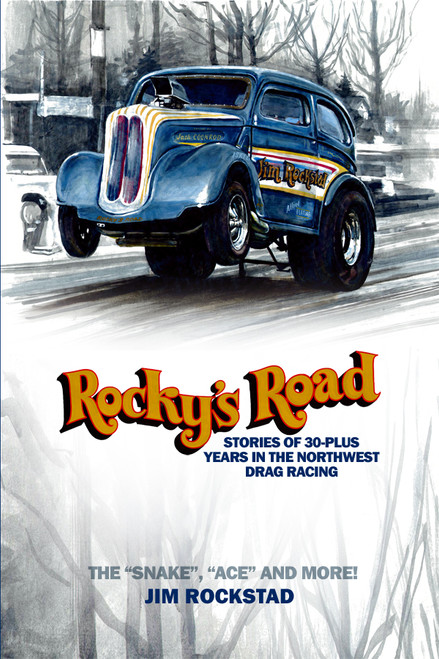 With more than three decades of experience in the world of hot rods, drag racing and funny cars, Jim Rockstad has a million and one stories of the races, drivers and good old days of drag racing in the Pacific Northwest. He was there in the pit when Ed “Ace” McCulloch put the Northwest racing scene on the map with his momentous win in the Northwind dragster in 1965 and from there the rest is history.

Rocky’s Road is a trip down memory lane through the milestones of West Coast racing from one of the sport’s premier managers and promoters. Rockstad’s story isn’t just sports trivia—it’s also a personal memoir, showing that anyone with enough passion and luck can find success in chasing their dreams.

Jim Rockstad was born and raised in North Portland, Oregon. He fell in love with drag racing at an early age and channeled that love into a thirty-year career in motor sports. He became a manager at Portland International Raceway (PIR) in 1973 and worked his way up to General Manager of International Raceway Parks until his retirement in 2001. In 2014, he received induction into the NHRA Divisional Hall of Fame Award. He and his wife, Mo, celebrated their thirty-eighth wedding anniversary in 2017. They have two children, Maren and Zach.

Rhythm to My Beat - eBook