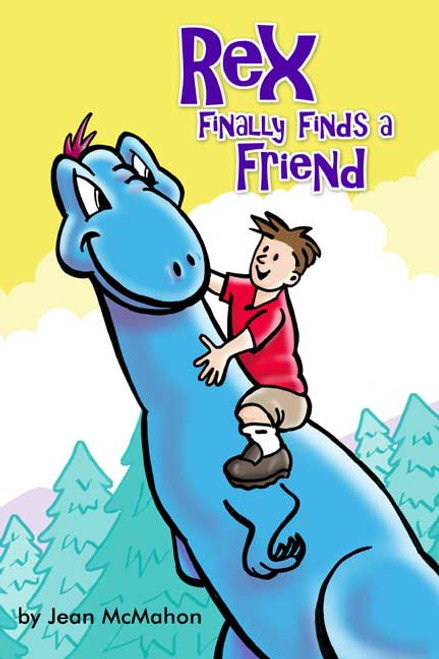 by Jean McMahon Rex is a meat-eating dinosaur like no other: he didnt like to kill other animals for food. He thought all life was precious and deserved to be cared for. Unfortunately, the other dinosaurs didnt agree: he didnt even fit in among the plant-eating dinosaurs. Rex knew he couldnt truly feel at home with those who didnt understand him, but will he ever find a home? As we all know, dinosaurs became extinct when temperatures changed on the earth. One hundred sixty million years after Rex lived, there was an eight-year-old boy named Dave who lived near a national park and loved to learn about archeology and fossils. Will Daves explorations somehow lead him to Rex? Read Rex Finally Finds a Friend, a story of respect for life and acceptance of others differences by Jean McMahon, to find out. ABOUT THE AUTHOR Jean McMahon is a teacher in a pre-toddler class at the Knowledge Learning Corporation. She has three grown children: Rebecca, Richard, and David. In her community of Franklin Park, New Jersey, McMahon is a member of Christ the King Lutheran Church and the Interfaith Network of Care. In addition to writing, she enjoys reading and listening to educational CDs. Rex Finally Finds a Friend is McMahons first published book, and she currently has two other manuscripts in progress. (2005, paperback, 32 pages)
×

Rex Morgan and the Mysterious Woman