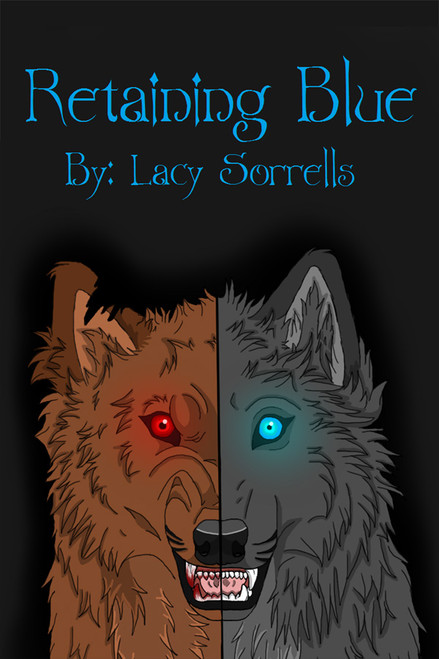 Long ago, the Anifeiliaid, Welsh for animal-kind, knew that magic existed. The Blaidd, Welsh for wolf-kind, were the only animal-kind to carry magic in their bloodline. Only certain wolves were gifted with the incredible ability to wield magic. Those wolves retained their brilliant blue eyes from pup-hood.There was also knowledge of a corrupted form of magic, called Dark Magic, that was filled with nothing but death and destruction which brought great fear to the Anifeiliaid. To silence that fear, an Alpha wolf named Dante told them that no form of magic really existed, but that it was only a myth. His lie was told through the generations and everyone believed him.

Now, centuries later, in the time of Erika and her packmates, the talk of magic has risen again, thinking that Dantes words may have been false. They soon find that magic is once again on the rise as the packs of the North and South have begun to wage war amongst each other. Guided by the aged Alpha, Blizzard, Erika must harness her ties to magic and rally her packmates to defeat their rivals and Dark Magic.

However, Dark Magic isnt Erikas only enemy. She must also find belief in herself and win the confidence of her packmates. Everything is in the balance. Will Erika retain her blue eyes, or will she and her friends fall to the yellow-eyed wolf wielding Dark Magic?

Remarkably, Lacy Sorrells completed Retaining Blue at the age of fourteen. She is now eighteen and a senior in high school. Having always loved writing and wolves, she combined the two in this, her first published work. It is a fictional piece of work intended for enjoyment purposes only.

Lacy is blessed with her friends and family who love and support her and her self-titled, nerdiness. Lacy can frequently be found drawing or developing her skills in graphic design. She hopes to continue these and other creative endeavors in the future (after reading Retaining Blue, you will too!).

Lacy currently resides with her mother and their dogs in Greenville, Texas. Lacy is a Christian and Salvation in Jesus is of the utmost importance to her.