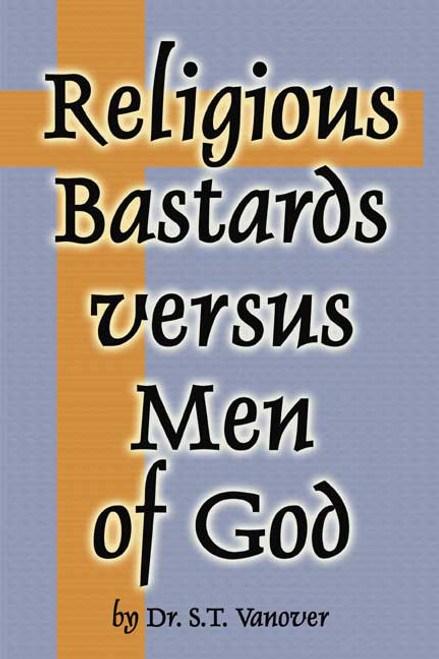 by Dr. S.T. Vanover It seems that todays Protestant Church is in danger: membership of many Protestant denominations continues to decline, and surveys show many - perhaps most - of Protestant clergy no longer even believe in the basic tenets held by the Reformers. Its this second element that proves most dangerous for the contemporary churchgoer. If the clergy does not believe the Word of the Bible, then how can they effectively lead their flock? The end result can only be spiritual death. It is these important distinctions that author Dr. S.T. Vanover explores in - depth through his impassioned treatise Religious Bastards versus Men of God. His exploration of the concept of apostasy - turning away and forsaking Jesus - goes far back into the earliest days of Church history. More than providing this historical perspective, however, Vanover uses real, firsthand experience with modern-day churches and their leaders to explore the differences between true Men of God and these apostate preachers, a.k.a. Religious Bastards. The ever-expanding selection of new versions of the Bible, gay marriage, sex and immorality, war and murder, evolution, and the End Times are just some of the (often controversial) topics covered in this thought-provoking study. Through his honest examinations and straightforward criticisms, Vanover hopes to show us the way to see through the apostate preachers and renew our personal relationship with Jesus. ABOUT THE AUTHOR Dr. S.T. Vanover is a lifelong resident of Kentucky, where he and his wife Phyllis live. There he raised his two sons. With a bachelors degree in chemical engineering from Rose Hulman Institute, he went on to earn his medical degree from the University of Louisville; he is now retired as a doctor. He enjoys reading, study , sports, travel, and yard work. (2007, paperback, 160 pages)
×