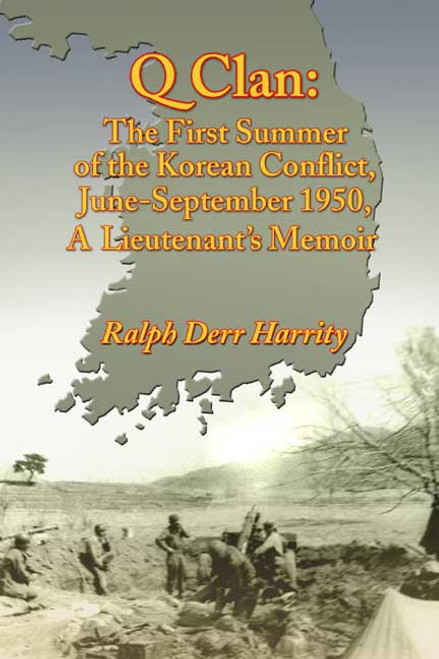 by Ralph Derr Harrity With very little warning, three American military divisions, a good portion of the long-term Occupation forces stationed in Japan at the outset of the summer of 1950, were suddenly rushed by plane and boat onto the southern peninsula of Korea. Their mission: to bolster the army of South Korea, which was struggling to thwart an invasion by the communist North. As a lieutenant artillery forward observer, Ralph Derr Harrity rode, walked, and fought with the 24th Infantry Division from July 6 through September 29, 1950. His experiences and observations during those weeks, as written in Q Clan, provide an on-the-line familiarity rather than a command or staff approach. He also provides an overview of the background of the Korean War, including troop training, training facilities, and the general attitude of the men comprising these initial ground forces called to fight for a people they barely knew Harritys Pre-Conflict observations and discussion of the conduct of the war itself as he experienced it during that long, hot summer will stir renewed interest and heightened understanding of this important but more often forgotten period of American military history. ABOUT THE AUTHOR Now retired from his military career as well as a career as a secondary school teacher and administrator, Ralph Derr Harrity and his wife, Olive, reside in New Jersey, where they raised one child, Daniel. (2005, paperback, 330 pages)
×

PUP IN A CUP