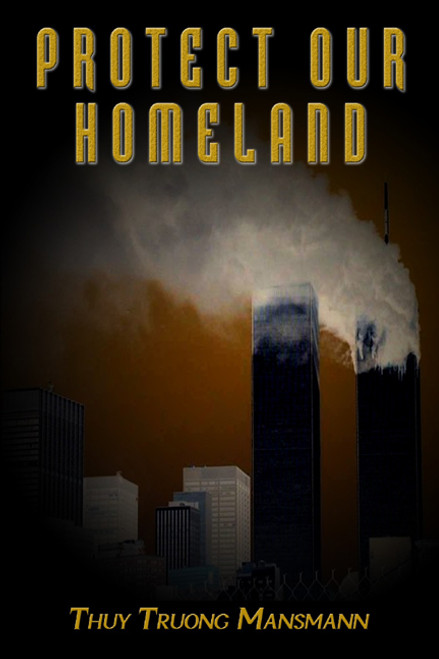 by Thuy Truong Mansmann Thuy Truong Mansmann experienced the harsh realities of war while living in Vietnama conflict characterized by guerrilla warfare and terrorist tactics used against her countrymen. Now, she is grateful to make the U.S. her home and proud of her American husbands patriotic nature and dutiful military service. Drawing from this, and inspired by the tragic events of September 11, 2001, Mansmann offers the verse of Protect Our Homeland. Through poems such as Proud of Our Men, The Majors Widow, and Terrorism Has No Heart, she reminds her fellow Americans that we too face war with terrorists and we must support our government and our soldiers in the defense against terror. The earnest, pleading nature of her poems speak sincerely of one womans love and respect for her late husband, as well as for her country. Let her words inspire you. ABOUT THE AUTHOR Thuy Truong Mansmann is a native of Viet Nam who came to America with her husband, Major Florenz John Mansmann. She raised two children, Martin and Sinjin. In Viet Nam, she was a Vietnamese Girl Scout and in Dao Xuan Hoa Group. Her title was Baloo and she helped training and teaching young Boy Scouts from five to seven years old. In America, she was a member of the Sun-Maid Raising Growers from 1976 to 2001. After her husband passed away, she took over the land-development business. Currently she is active in Saint Anthony Claire and enjoys traveling, walking, and jogging. (2004, paperback, 20 pages)
×

The Mouse in Our House

Snares of Our Own Devising

Hush! Our Brothers Are Speaking!