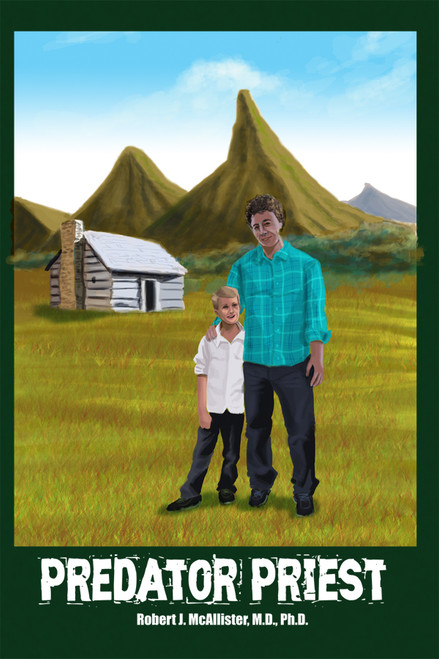 When the small town of Springer, Montana, receives a new priest in the parish, retired psychiatrist-turned-rancher Bob Lee forges an unlikely friendship with the mysterious Father Brown. But when a young boy dies under strange circumstances, alone in the woods with the new priest, Springer is in the spotlight, and Bob Lee is go-between and confidant for the accused. Inspired by the worldwide prominence of sexual abuse of children by Catholic clergy, Predator Priest will challenge readers’ attitudes and preconceptions regarding both victimizers and victims. In 50 years of psychiatric practice, the author has treated numerous victims of abuse and interviewed and treated clergy who were abusers. Building on that unique experience, the author offers a sympathetic portrait of a predator priest, calling on church authorities to do much more to lessen the prevalence of abuse and on the rest of us to have more understanding, and more compassion.

Robert J. McAllister grew up on a ranch in Montana and spent his boyhood working in the fields. He attended Catholic grade school and high school before going to Loras College to prepare for a life in the priesthood, deciding to leave one year before becoming ordained. McAllister was a rifleman in the U.S. Infantry, in combat in France, Germany, and Austria. On returning to the States, he earned a Ph.D. in Psychology, worked his way through Georgetown Medical School, and practiced psychiatry for 50 years before retirement. He was superintendent of the Nevada State Hospital in Reno and State Director of Mental Health for five years. He taught at several Catholic Universities. In addition, he provided lectures, workshops, treatment, and consultations for priests and nuns throughout the U.S. and Venezuela.

McAllister has written several books—two related to the life of religious:

Conflict in Community and Living the Vows: Emotional Conflicts of Celibate Religious. He was married twice and recently wrote An Alzheimer’s Love Story based on his last years with his second wife, Jane. He is now 98 years old and lives in Columbia, Maryland.

Prayers in Praise of God

Poo in the Hallways - eBook