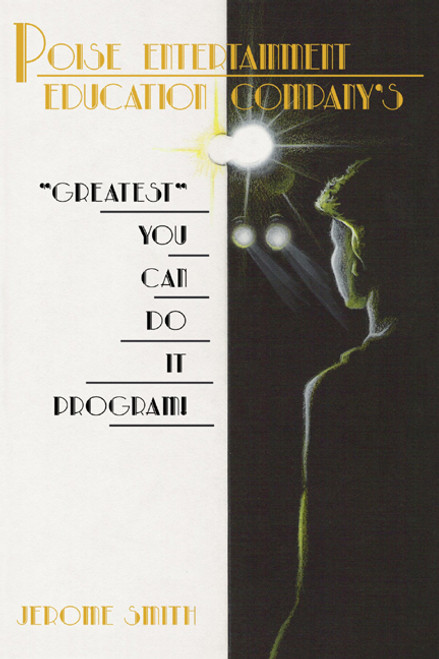 by Jerome Smith With high school dropout rates on the rise, how does one motivate students to stay in school? Veteran educator Jerome Smith has evolved a novel solution to this growing social problemand it works! The You Can Do It Program is an innovative curriculum that encourages high school students to graduate by not only introducing them to careers in the entertainment industry, but also by allowing them to take part in professional-level productions and providing them with mentors in the industry. Poise Entertainment Education Companys Greatest You Can Do It Program! is a must read for educators and parents who are looking for a creative way to show students why school is important and to introduce them to a career path they may never have known existed. ABOUT THE AUTHOR Jerome Smith has been an educator in Birmingham, Alabama, and Cleveland, Ohio, for over twenty-five years. He founded Poise Entertainment Education Company in 1987 and now serves as its CEO and producer. In addition, Smith produces a weekly You Can Do It show thats televised at the Rock and Roll Hall of Fame and Museum in Cleveland, Ohio. Jerome Smith writes songs in his spare time. His book, The Hilltop Stand Tall American Songbook and sing-along cassette is now available by special order and at select Target stores around the country. He has also recorded four other albums: Glory, a gospel album on the Hilltop Records label, and Star Route USA, and R&B CD album from Amerecord records. America CD-Album Hilltop Records Labels, Home For Christmas CD-Album from Amerecord. (2004, paperback, 46 pages)
×