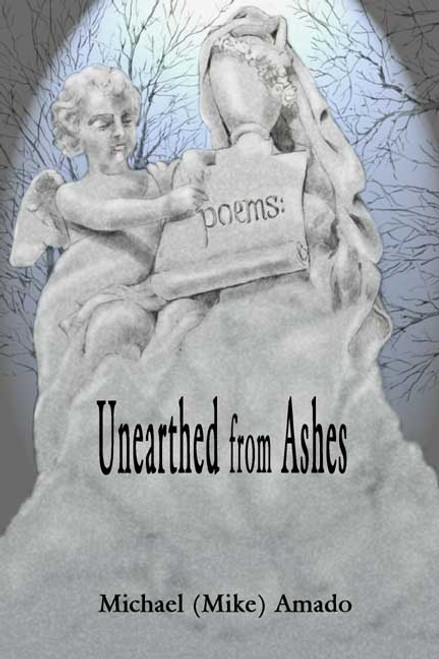 by Michael (Mike) Amado Do you sometimes struggle to fit in or make sense of the world and the happenings that affect your life? Join poet Michael (Mike) Amado as he explores the human condition and faces mortality and himself through the verse of Poems: Unearthed from Ashes. A multi-ethnic poet, Amado creates a world of images and puzzles influenced by his Capeverdian, French, Scottish, and Native American heritages. These poems embody Amados struggle with illness, the triumph of the human spirit, and the process of writing itself. Using gothic images and spiritual metaphor, he explores the wonders and mysteries of nature and seeks the something else that lies beyond what we see and feel in this world. Join Michael (Mike) Amado on his journey to find himself in Poems: Unearthed from Ashes. ABOUT THE AUTHOR Michael (Mike) Amado is a self-employed musician who has lived his whole life in Plymouth, Massachusetts. He has been writing poetry since age 14 and was inspired to pen this collection over the last five years during treatment for kidney disease. In his community, Amado has been a member of the Plymouth Public Library Writers Group and the Dighton Intertribal Council. In his spare time, he enjoys drumming, occult studies, cooking, and caring for leopard geckos. Poems: Unearthed from Ashes is his first published book. (2006, paperback, 54 pages)
×

Poems from the Heart

Poetic Inspirations: A Collection of Poetry

Poems with a View: To the Promise

Poems to Be Songs

Poems from the Heart

Poems from the Eyes of My Mind