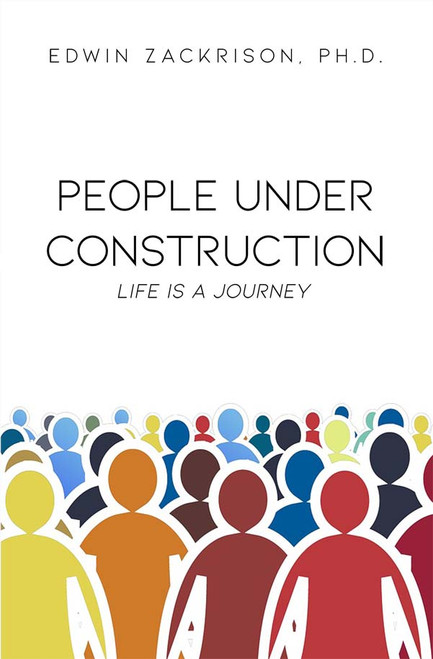 The issue of recovery is not new to twenty-first-century human beings. We struggle with the need for recovery from injury, disease, and pain. These are largely medical concerns and they can fill our lives with details.

People under Construction deals with spirit and relationship. Often a “self-help” book presents a series of steps and secrets. This is not a “self-help book” and the author does not plan to present many steps or secrets. Every chapter will deal with the Spirit and build an understanding of what Christianity does to show the working of the Spirit.

Edwin Zackrison, Ph.D. was born in Hinsdale, Illinois, into a family of printers, educators, musicians, artists, writers, and editors. He grew up in Southern California, where he learned beekeeping, printing, and scholarship. He received his BA (1963) from Loma Linda University and his MA (1964) and his BD (1966) from the Seventh-day Adventist Theological Seminary in Michigan. He was ordained to the Christian ministry in 1969, and in 1984 his Doctor of Philosophy from Andrews University in Theological Studies and Developmental Psychology. After pastoring in Southern California, he became Professor of Religion at Southern Adventist University (1972) in Collegedale, TN. Moving to Southern California in 1984 he served as chair of the Religion Dept., La Sierra Academy, where he also taught drama and founded the La Sierra Community Performing Arts Society.

In 1989 he joined the School of Religion at Loma Linda University/La Sierra University, where he was Professor of Theology and Ministry. In 1996 he joined the faculty of Mt. Sierra College, Monrovia, CA, as Professor of General Education teaching Social Sciences, Ethics, Humanities, and Business. In 2001 he received his Master of Business Administration from DeVry University, Keller Graduate School of Management. He then moved to Ringgold, GA, and joined the faculty of Miller Motte College, teaching Social Sciences and Business Administration. He retired in 2014 after serving on the faculty of University of Phoenix for fourteen years in the Department of Humanities. He writes from Ringgold, GA, where he lives in retirement. He is the father of two boys and two girls and has authored several books and many published article