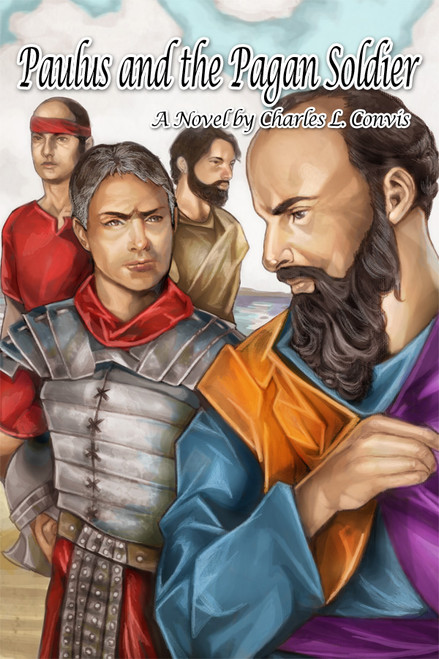 Paulus and the Pagan Soldier
A Novel by Charles L. Convis

Aristonicus, former Roman legion commander, is about to claim his retirement lands in Antioch. Along the way, he meets Paulus, head of a small band of Nazarites, on their way to Jerusalem. When Aristonicus decides to linger with this company, nothing prepared him for the life that awaits him at the end of their journey.

As they travel, Aristonicus finds himself intrigued by the firebrand persona of Paulus, as he tries to spread the message of their deity, called Jesus, who is unlike all the Roman gods he has come to know and sacrifice.

Pax Romana is without its barbaric episodes, and Aristonicus soon finds himself dealing with ferocious and tricky bands of thieves and criminals, fighting for the small group. He also glimpses another life with a woman, and much more, a life change that could never be farther removed from the life the Romans had bestowed on him.

Growing up on his grandparents North Dakota farm, Charles L. "Chuck" Convis finished high school in Cheyenne, Wyoming; worked as a mail piler for the Union Pacific on its Cheyenne to Ogden run; and sailed to Alaska on a halibut boat before lying about his age to join the Marines, serving in the Battle of Iwo Jima. After the war, he went to the University of Texas on the GI Bill, graduating in Civil Engineering in 1951. After two years as a land surveyor, he entered Harvard Law School, graduating in 1956 and embarking on a thirty-nine-year law career of diverse assignments.

Chuck has a Ph.D. from the University of Texas in educational psychology. He and his wife, Mary Anne, have been married for sixty-four years. Chuck is a Stephen Minister (a lay ministry) for the United Methodist Church. He has written five books for other publishers and has self-published thirty-six (sixty-four-page) books of true stories about the early American West.