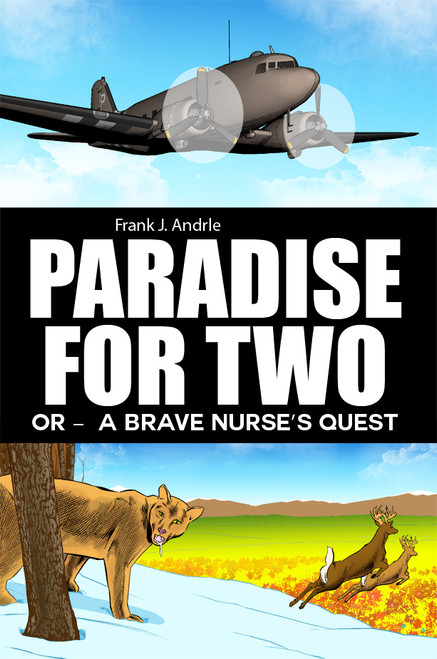 After the war, old buddies and United States Air Force veterans, Lou Heller and Chuck Andrews, open a private airline business. They hire an old man named Gus, who reveals a hidden paradise to Lou and his new wife, Lee. The couple decides to head there on a honeymoon. When Gus dies unexpectedly, and Lou’s plane is damaged during the landing, along with their radio, Chuck fears his friends are lost for good.

Follow along this epic tale as Lou and Lee create a life free of influence from the outside, industrial world and Chuck and Dot’s quest to find answers to their friends’ disappearance. Will Lou and Lee rejoin the outside world? Or will the beauty of a simple life keep them in their paradise forever?

Author Frank J. Andrle is a World War II veteran currently living in Chippewa Lake, Ohio. Andrle joined the United States Air Force in 1942. He served as a Flight Engineer, flying test hops and repairing downed aircrafts in Africa and the Middle East. He also served in 1950 during the Korean War.

During World War II, Andrle stayed with a missionary group in Lobi, French Africa, for a two week stay. He saw how the people in the country lived a primitive life and that partially inspired his novel.