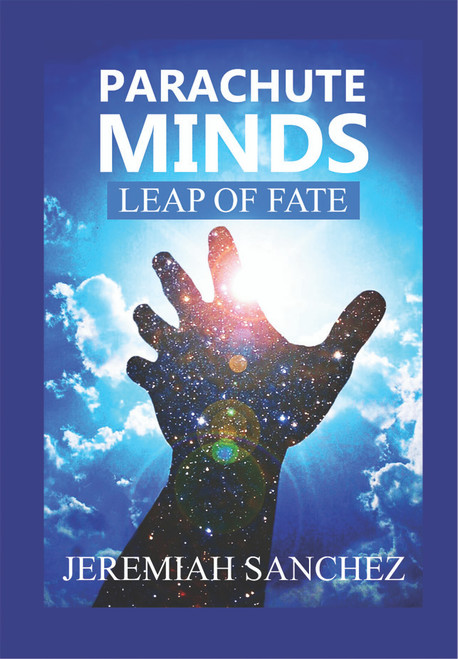 Traveler explains it was during his people's third phase that they discovered elastic light. By harnessing light’s elasticity, they were able to explore the universe, healing with each jump.

It wasn’t long before they discovered they are not alone. Other habitable worlds exist throughout the cosmos, populated by uniquely evolved Homo sapiens. Their observers confirmed each planet’s humanity goes through the same three phases. Phase one: traveling and mapping one’s world. Phase two: manipulation of tools, agriculture, industry, electricity, and technology. Phase three: exploring beyond one’s planet into the stars.

But they traveled too far. They discovered something humanity was never meant to in the farthest reaches of space: The fourth phase. The mysteries held within its unknown are so terrifying that Traveler's people refuse to explore it themselves. He explains that’s why he's come to Earth: to recruit brave souls willing to go where his people dare not.

Gideon, a death-seeking adrenaline junky with a disturbing secret, seems the perfect candidate for Traveler’s invitation. He accepts, leaving Earth behind with a wink and a smile, but Traveler worries the gamble may prove to be too much. Gideon’s recklessness could either be the key to unlocking the fourth phase, or the mistake that unleashes humanity’s extinction across the stars.

Parachute Minds is a gobstopper of an adventure, with layers of sci-fi, tastes of fantasy, and dashes of horror. From surviving a medieval world of swashbuckling knights, to escaping a giant planet of herculean dwarves, Gideon is relentlessly tested for the fourth phase.

A Sci-Fi love letter to The Odyssey, Parachute Minds transcends the frustration of “Born too late to explore the world. Born too early to explore space.” This series runs the full gamut, keeping readers torn between wishing the adventure was real, and thanking the universe it isn’t. Inspired by scientific theories from Stephen Hawking, Michio Kaku, and others, Parachute Minds explores our destiny among the heavens.

For more information on the author, visit his website: miahsanchez.com.

When Your Heart Starts to Cry