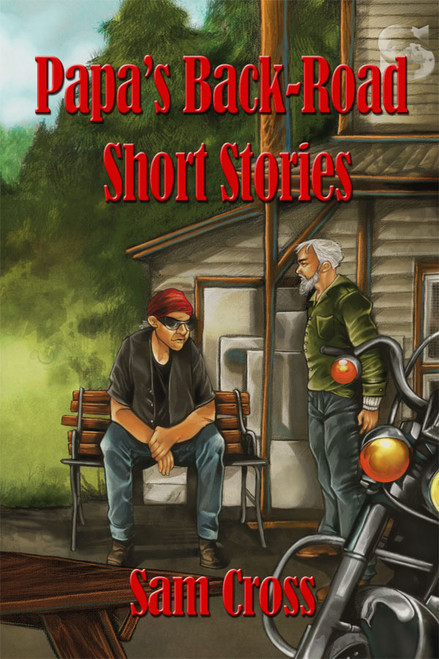 Old highways and back roads seem less traveled, as many people would rather be on main highways to save travel time. Sam Papa Smurf Cross is different. This biker prefers to start his adventures in the old highways and back roads leading to old bait houses and old stores, where he might chance upon friendly strangers willing to share wonderful stories, stories he finds worthy of retelling.

This treasure of compelling and inspiring stories of ordinary people whose simple acts of kindness brought happiness and hope to families and individuals who survived lifes trials, even gaining a new lease on life, are immortalized in Papas Back-Road Short Stories.

A widower opens his life and home to a cat, who, in turn, shares his unconditional love to the widower and later to a cancer stricken girl in need of a friend in Henry. A lasting friendship that follows after are retold in Cindy and Henry, Randy, and Gunner.

A persons worth is more than his or her appearance as the story of a homeless man living his life digging trash cans imparts in Silver Star.

God moves in mysterious ways and nobody would suspect that his help would come from unexpected people, like when two young troublemakers decide to help a widow in need during the time of the Great Depression, in an untitled humorous story that would never get old.

Stories like this encourage positivity and belief in God much needed in these times of troubles and deserves a place in anyones bookshelf.