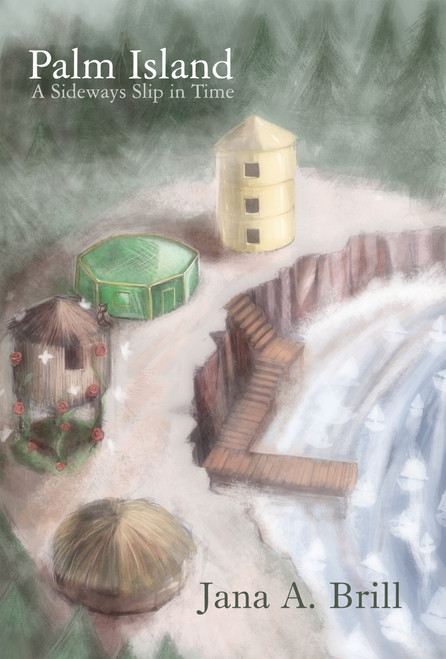 Palm Island: A Sideways Slip in Time
by Jana A. Brill

Welcome to Palm Island, a paradise outside space and time, where even death does not preempt redemption. Lissa, a college student from Southern California, finds herself on the island after a tragic accident. There she meets Josiane, a Creole slave girl; Naja, a young Spanish Jew left pregnant after her rape by Catholic Panochos; Berber brothers Alcassin and Tariq; and the immortal Thera, who traces her origins to the lost city of Atlantis. The threads of their lives weave together across the boundaries of culture, language, and time. On Palm Island, together, each of these lonely travelers may finally find peace.

In Jana A. Brills historical fantasy, real and imagined characters whose lives were cut tragically short find themselves in a place that offers a second chance as they grapple with their own human frailty. Driven to write after the sudden death of her eighteen-year-old niece, Brill finds a place for her to live a little longeron the Island. I invented this island as a parallel universe, Brill writes, a place of hope and forgiveness and a glimpse of what might have been. Writing over the past fifteen years, the author has discovered new characters from other historical periods who benefit from an opportunity to re-write the story of their lives in the parallel world of Palm Island.

About the Author: Jana A. Brill is a professor of French at Georgetown College in Georgetown, Kentucky. She earned her Ph.D. in French from UC-Santa Barbara, with an emphasis on linguistics. Her articles have appeared in French Review, Romance Philology, and the Kentucky Philological Review, and she is also the author of Oral Traditions: When Did the French Stop Speaking Latin? Brill has two grown daughters, two grandchildren, and two cats. An avid bibliophile and lover of folk tales, she has always loved maps and mystery novels that take place around the world. Whenever I read, she says, I have a map nearby so that I can get a sense of where the characters are.