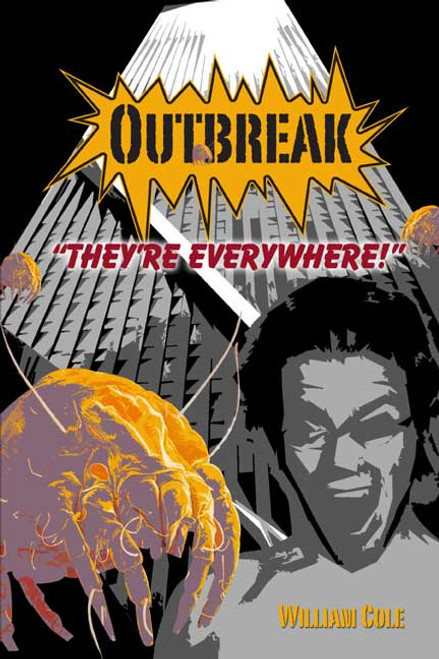 by William Cole What happens when a top-secret government project designed to protect citizens from danger goes terribly awry? BIO-TECH LABS is breeding deadly mites to be used against terrorists when a seemingly minor accident unleashes a terror upon New York City. Outbreak details the progression of these tiny killers as they, slowly at first and then faster and faster, jump from one host to another. The agony they cause to their victims is unbearable, and desperate people take desperate measures. Public places, like a basketball game at Madison Square Garden, become breeding grounds for the vicious infestation, and pandemonium quickly ensues. Meanwhile, government officials bide their time, unwilling to expose themselves and the project. William Coles carefully crafted thriller portrays the panic, horror, and despair of a city held hostage by the tiniest of enemies. ABOUT THE AUTHOR William Cole, who grew up during the era of the true horror classics, began writing at a young age, starting with screenplays for his claymation films and then evolving into short stories that he hopes will become movies. He is the author of thirty-eight short stories and one novel. He has been influenced by movies such as The Exorcist, Evil Dead, the Friday the 13th series, Dawn of the Dead, and many more dealing with the supernatural, the occult, and the dark side. He describes his writing as unique, mysterious, gory, and psychologically terrifying. Cole has lived in New York City all of his life. William Cole knows how to get under your skin and stay there. (2007, paperback, 62 pages)
×

Out on the Blacktop - eBook