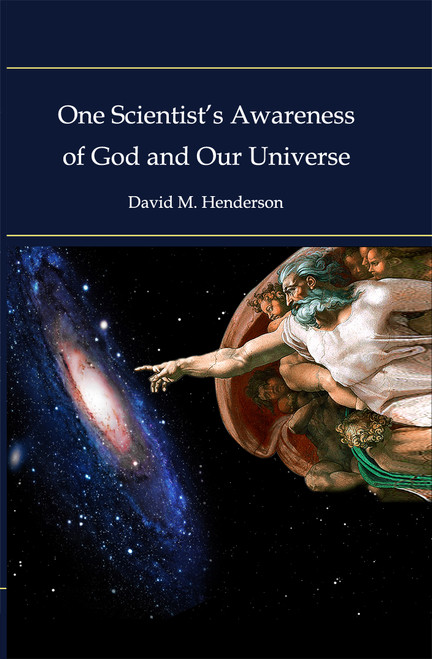 One Scientists Awareness of God and Our Universe
by David M. Henderson

One Scientists Awareness of God and Our Universe is an overview of fundamental scientific concepts and how these concepts ultimately affect our human race. Though David M. Henderson begins by presenting the basic concepts of space, matter, and energy, he also delves into the complexities of the galaxies within our universe, stellar evolution, the concept of time, and even the origin of life itself.

By giving readers a better awareness of the vastness of our universe, Henderson provides evidence for a universe created by God, a creation that leaves much mystery yet to discover.

David M. Henderson grew up in Wichita, Kansas, known as the Air Capital of the World after World War II. He developed a keen interest in physics, aerodynamics and astrodynamics while in high school, and received his FAA Private Pilots License in 1955. Henderson is a graduate of the University of Wichita with a B.A. in physics and a minor in aeronautical engineering and the German language. He has worked for the B52 Aerodynamics Group at Boeing, the Vanderberg AFB satellite tracking station, the RCA Technical Service Company at Cape Kennedy, and the Johnson Space Center. He has logged over 6,400 flying hours and has worked in the aerospace fields of vehicle flight dynamics and astrodynamics for forty-two years.

God, the Universe, and Man