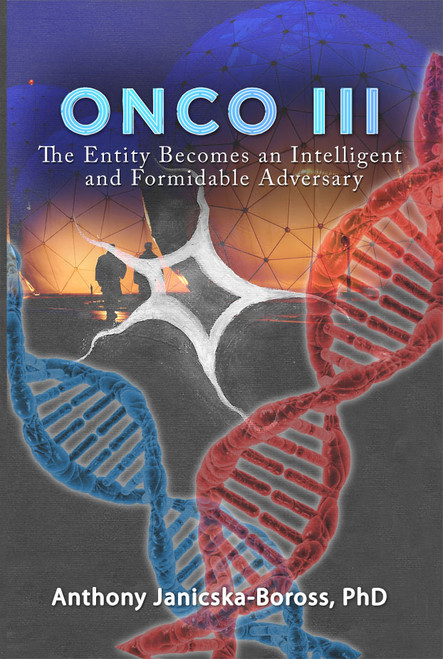 In the exciting continuation of the ONCO series, the entity becomes intelligent!

While attempting to end world hunger, a group of scientists have developed a product that is, in itself, alive. Though fully capable of fulfilling its designed purpose, this product—this creature—is becoming sentient, and dangerous. Soon, the government sees its potential for use as a biological weapon.

Colleen Sans, the scientist in charge of researching the entity as it evolves, learns that there’s more to the creature than meets the eye. Is it really the monster everyone believes?

Janicska-Boross found a job as Cadet Executive in a civil construction company and commenced studies at a college. Working and studying seven days most weeks eventually took its toll on his marriages. Janicska-Boross continued to work while raising his five children mostly by himself. He arose to manage off-shore constructions of oil-gas platforms for a mechanical engineering company with a crew of 350 men. He has worked around on the world on his projects and has traveled throughout Europe, Asia, Africa and of course Australia

Janicska-Boross has also written many papers for engineering journals and an autobiography of 700 pages. He is now legally blind but continues to pursue his passion for writing.