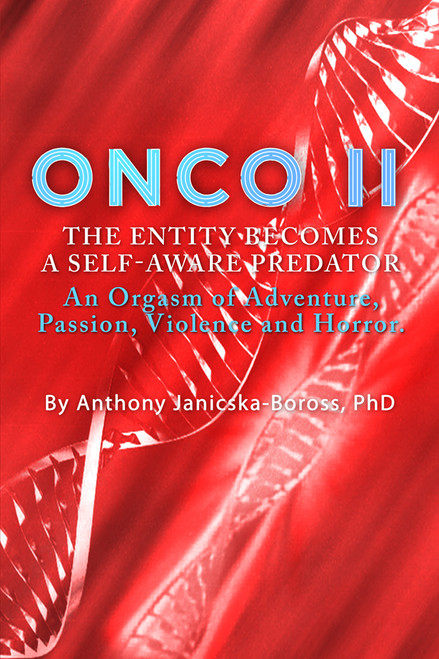 Sollo Angstrom and Hans Schmidt are completing a routine inspection of the grounds at the defunct facility when they encounter an unknown life form. As they inspect the object, Schmidt makes contact with it. Thus begins ONCO II, a horrific tale of an uncontrollable life form, the teams of scientists trying to understand it, and the rest of humanity at the mercy of Government Agencies. Follow the characters around the globe as they discover secrets, deceit and heartache. ONCO II is grounded in the Author’s lifelong fascination with scientific study. It is the second installment of this bio-horror trilogy.

Anthony Janicska-Boross was born in 1934 in Hungary in almost third world conditions. He loved there through battle-torn World War II. He eventually left Europe as a Displaced Person, bound for Australia. As a migrant, he was under a two-year contract to the Australian Government and worked on the Railways. Initially, he lived in a tent in a Railway camp. As soon as he mastered the language, he requested the Government to allow him to search for a more suitable position in private industry. Janicska-Boross found a job as Cadet Executive in a major Civil Construction Company, and commenced night time studies at college. Working and studying seven days most weeks eventually took its toll on his marriages. Janicska-Boross continues to work while raising his five children mostly by himself. Janicska-Boross rose to manage off-shore constructions of many oil-gas platforms for a Mechanical Engineering Company with a crew of 350 men. He has worked around the world on his projects and has travelled through Europe, Asia, Africa, the Middle-east, and, of course, Australia. Though Janicska-Boross has written many papers for engineering journals and an autobiography of 700 pages, ONCO is his first novel. He is now legally blind but continues to pursue his passion for writing.