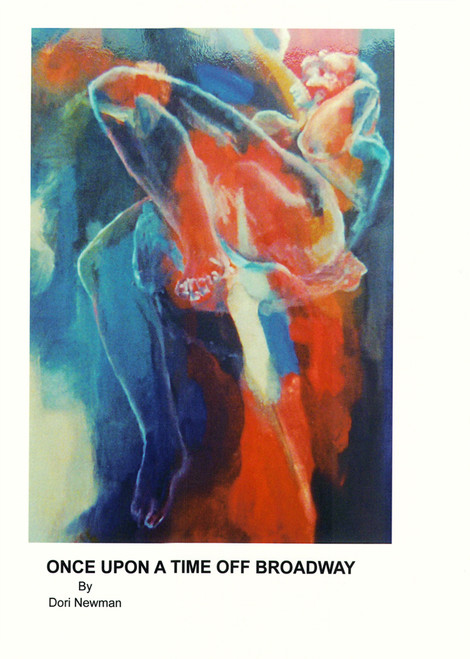 Once Upon a Time Off Broadway

This novel is full of music and dancing! Read the CONTEXT NOTE then Bookmark APPENDIX 1C: the SONGS in the order that they appear in the novel. Then as you are reading, if you like, go online to YOUTUBE or AMAZON, or wherever you get your music, and listen to the songs!

Dori Newman is the Proprietor of DREAMER HOUSE PUBLISHING, which she created in 2008 in order to produce GROWING UP LUCKY, a book about her husband, Gene Haley, during his boyhood by the beach in Margate, New Jersey. Dori married Gene in 1996 and they were together in Virginia, in Ogunquit, Maine, in Margate, and in Boston until Gene died in March of 2016. Years before marrying Gene, Dori lived in New York City. To overcome bereavement, Dori tucked the many happy Haley years into the emotional storage and dug back deep to recall the atmosphere of New York in 1988-89 for a novel. Dori has degrees from Boston University and New York University. She also studied photography in the 1990’s at the New England School of Photography (NESOP) in Boston, and at the Corcoran School of Art in Washington DC. Dori is the daughter of a stage director turned entrepreneur father, and an artist mother. She now lives in Lubec, Maine.

Once Upon a Time Off Broadway

Once Upon a Starry Night

Functional Anatomy and Physiology for the Busy Paramedics or EMTs

Functional Anatomy and Physiology for the Busy Paramedics or EMTs - eBook

Down on the Bayou - eBook