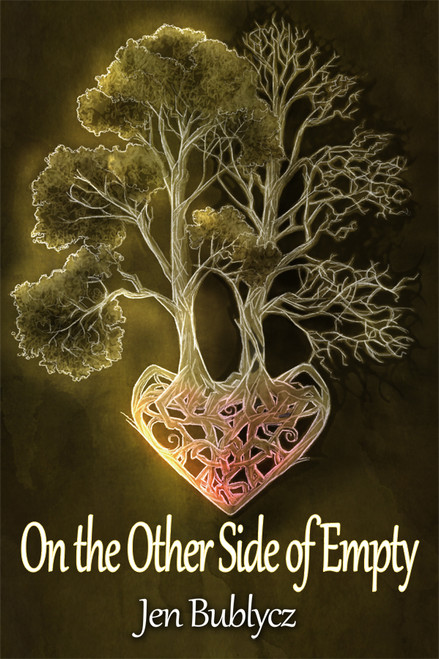 On the Other Side of Empty
by Jen Bublycz

The darkest times sometimes have a way of bringing people together.

After the death of her mother, Annabelle Parker reconnects with her father, whom she has not spoken to or heard from since her parents divorce. After moving from Texas to Massachusetts, Annabelle realizes the life she once knew is over. Fighting her urge to withdraw from the people around her, she launches herself into a busy academic career at Harvard. Although still preoccupied with her mothers death, she attempts to build new relationships and find an inner strength her mother has always encouraged.

He first appears as a cruel and egotistical maniac: Damon Chase. Forced to take his class, Annabelle battles with her hatred for this man as all of her female peers swoon at his feet. As the past begins to reveal itself, Annabelle finds herself falling for a man with more secrets than she ever imagined

Born in Chicago, Illinois, Jen Bublycz moved to Ohio at the age of two. She grew up as a creative child who was always writing and drawing. Her inspiration for her writings comes from her grandfather, Otis, and the beat generation writers. She graduated from Kent State with a Bachelors of Business Administration and a Bachelors of Science in Fashion Merchandising. She currently resides in New Philadelphia, Ohio.

On the Other Side of Death Mountain - eBook

Once Upon a Starry Night