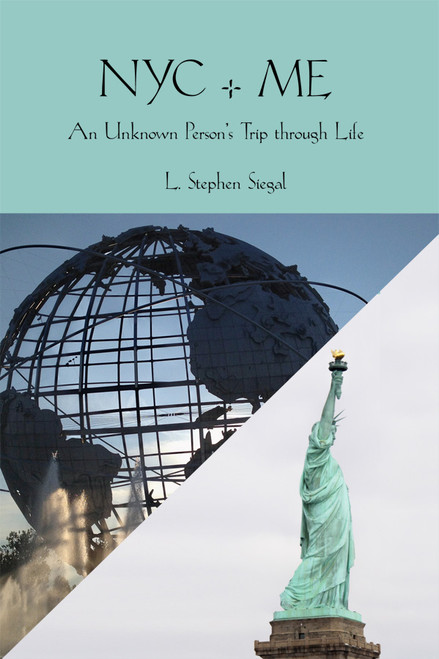 NYC + ME: An Unknown Person's Trip through Life
by L. Stephen Siegal

If you are young, how will your next forty-five years be?

If you are on the other end of the spectrum, how were the last forty-five years?

This is a story of a young man, Les, who serendipitously arrives in New York City in 1964 and soon thereafter finds himself absorbed in living his life in his adopted city for the next four and a half decades, from the Vietnam Era to 9/11 and on....

Being captivated by the city, he moved forward with his career, marriage, and boundless activities, including Broadway plays to experimental theater, arthouse cinema, bookshops from The Gotham to The Strand, five-dollar restaurants and on up, museum exhibitions and their permanent collections, friends, relatives, occasional brush-ups with celebrities, and a few excursions along the way.

Where one's life goes may be self-directed or may be just a matter of happenstance.

Before finding his life in New York City, Leslie Stephen Siegal was born on January 16, 1946, in Pittsburgh, Pennsylvania. He has a BS in Business Administration from Ohio State University and an MBA from The University of Toledo.

He and his wife spend the majority of their time enjoying New York City, caring for their two cats and playing tennis. In addition, Les partakes in swimming and practicing yoga.