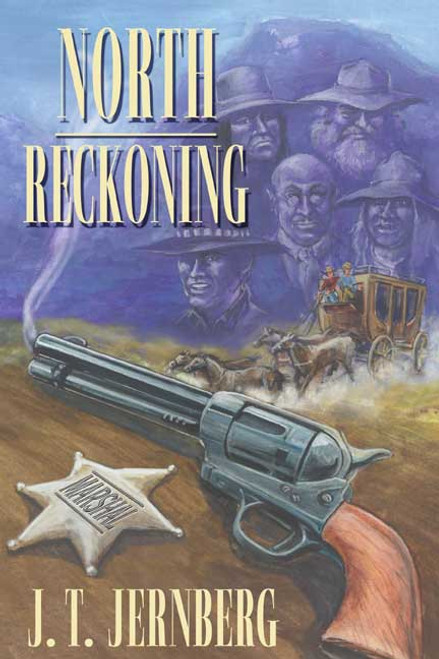 by J.T. Jernberg John North never wanted to be a killer. He had seen enough death and suffering during the War Between the States to last many lifetimes. But when a band of renegade outlaws brutally murders his parents and young brother, he knows he must avenge their deaths. Set in Wyoming Territory in the 1870s, North Reckoning offers a tale of Old West justice as it chronicles Johns hunt for the perpetrators. A chance encounter with a stagecoach robbery leads him to the town of Copperhead and reveals that his enemies have brought despair to many other people. It also introduces him to the lovely Hannah Olson, and John is instantly smitten with her. John is joined on his quest by a variety of characters the town doctor, a stagecoach passenger, an old prospector, an Indian scout, an army captain, and a black rancher, among others but one of them hides a secret. As the town erupts in violence, John wonders how much more blood must be shed before he can find justice. ABOUT THE AUTHOR A lifelong resident of the state of Washington and a Seattle native, J.T. (John) Jernberg has lived in Renton for the past twenty seven years. He is a retired high school teacher, art director, move coordinator, and project manager. He has been married for thirty-three years to his wife, Carol, and together they have two sons, David and Eric. Aside from writing, Mr. Jernberg enjoys reading literature, history, and current affairs; photography, both still and video; bowling; hiking; fishing; and sightseeing. (2007, paperback, 170 pages)
×