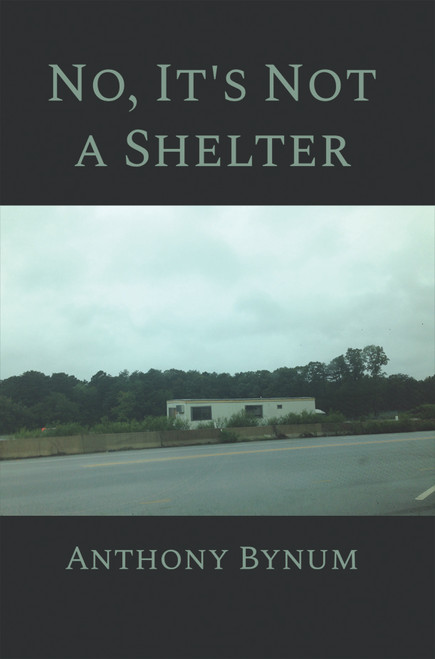 No, It’s Not a Shelter

“Set against a skyline of international intrigue and industrial espionage, “No, It’s Not a Shelter” weaves us through a colorful array of characters on many pathways through life and society whose stories converge and collide with so much at stake. From those on the margins of society we barely see to the powerful and greedy, their intertwining motivations keep us in suspense. The formula at the center of the story is right out of today’s headlines on the frontiers of science, the military industrial complex, and the secret reaches of artificial intelligence. I rode the waves of this story with great pleasure. I think you’ll enjoy the ride yourself.”

The will to survive, one of our most important traits, is the core theme of “No, It’s Not A Shelter,” the book that arose from Anthony Bynum’s study of the underclass and the economic decisions that make for survival. This is the fictionalized account of “The Underground Economy,” the 2016 book Bynum wrote that chronicled his observations about this fluid subset of Americans, where he reported on the issues surrounding their underclass status and did analysis regarding his observations on how individuals not fully integrated into our economy survive. These groups include the homeless, gang members, and undocumented immigrants. He took what he learned from the project and fictionalized it in “No, It’s Not A Shelter.”

The story focuses on our heroine, Cynthia, and a somewhat odd relationship she forms with our other featured character, Vincent. They share a symbiotic relationship. The other characters represent Corporate America, complicated bad guys, and interested family members.

The theme of life for the disaffected is never far from the surface.

Anthony Bynum considers himself a study of life’s hard knocks. In other words, he’s tried a number of different things and hasn’t always been successful. He tempers his ambitions with the importance of his family’s survival. Based on this philosophy, he’s been able to work two careers, the first in the insurance business working in the claims side of automobile accidents as adjuster, supervisor, and eventually field investigator. He also spent twenty years in the Maryland National Guard. He was able to serve with many fine men and women. This allowed him to travel to a number of different countries, but it mostly allowed him to travel to A. P. Hill in Virginia. Bynum has a tremendous love for his country, but at the time of his enlistment, his desire was economic survival. He needed the work. He recently began a new professional career in banking.

Bynum and his wife of twenty-nine years, Lori, are fortunate to have two young adult sons, Anton and Andre, who are in the beginnings of their careers.