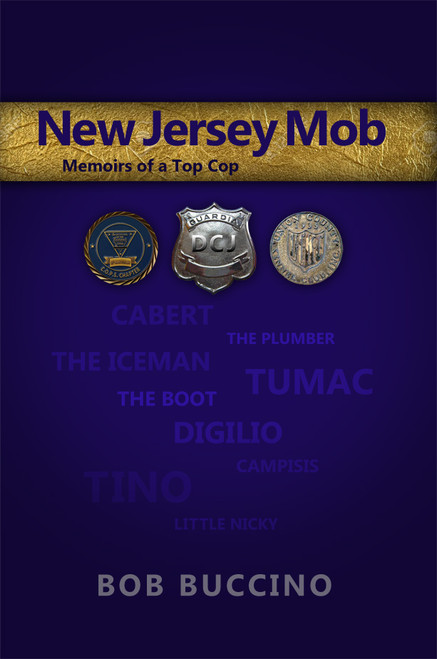 Bob Buccino worked in law enforcement for fifty-one years; twenty-four of which were spent investigating organized crime. He is a superior court recognized expert on the Cosa Nostra. He tells his story in three parts: The first is about growing up in Orange, New Jersey, where he was a wannabe admiring the local mob guys. He was a street tough, extorting money from his classmates, running his own bookmaking operation, and wanting to be a mob guy. In 1957, drugs hit the streets of Orange and several friends of Buccino died from Heroin overdoses. Buccino married his childhood sweetheart and they had a baby boy. He came to his senses about the mob and broke away from it. He became a working stiff, not getting anywhere with his life. One day, he saw an article in the newspaper announcing testing for state troopers. He took the test, passed, and became a trooper, changing his life forever. The second part of his book is about his often very humorous uniform days as a state trooper. During this time, Anthony Tumac Acceturo, a young tough that Buccino grew up with, was beginning his career in the Cosa Nostra. He and Buccino were running parallel lives. When Buccino got transferred off of the uniform division and began his career investigating the Cosa Nostra, Anthony was working for the mob. In the third part of his book, Buccino writes about his success in dismantling the mob in New Jersey, telling about the many arrests and convictions of its mob bosses, including the prosecutions of the high ranking bosses of the Gambino, Lucchese, Bruno, DeCavalcante, and Genovese crime families. He also writes of the arrest and conviction of his childhood friend Anthony Tumac Acceturo while he was the deputy chief in the Division of Criminal Justice in charge of the New Jersey Statewide Organized Crime Task Force.

Bob Buccino has name recognition throughout New Jersey. During his career in law enforcement, he has supervised over a thousand law enforcement officers. He created an intelligence network and lectured not only in New Jersey but in many states across the U.S. He served as vice chairman in LEIU, a prestigious network of agencies throughout the U.S., Canada, Australia, and Great Britain. He received a great amount of press during his testimony as an expert.