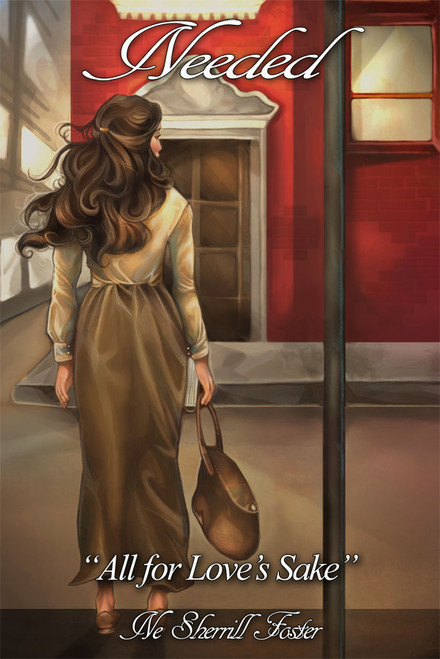 Needed "All for Love's Sake"
by Ne Sherrill Foster

Ne Sherrill Foster's Needed All for Love's Sake is the engaging story of Maggie, a young girl who lost her father at an early age and was sent off to boarding school by an unfeeling mother, who severed all ties with her daughter. Even though Maggie came from a family of wealth, lacking a safe, happy, and loving environment as an adolescent, self-doubt and low self-esteem followed her into adulthood.

As a young woman, she returned home to the family mansion long after her mother's passing. Now she must create a life for herself in an unfamiliar world.

A kind and caring person, she set out to help others, all the while keeping her past a secret. Life became so much more difficult when she met a young man who was recovering from the wounds of war. Over time, they became very close friends, even though Maggie continued to keep her two lives separate.

On this path to adulthood, Maggie began to question her beliefs and sought out those who could help her turn this caterpillar into a beautiful butterfly, while continuing her quest to create a better world for others. Is this transformation even possible? Only God knows.

Born in Beaumont, Texas, Ne Sherrill Foster moved to California with her two young children to create a better life. Now the grandmother of five, she resides in Sun City, making women beautiful daily as a professional hair stylist.

In her mid-50s, she discovered a passion for writing and touching the lives of others. A woman of great faith, she merged the two. Becoming an ordained minister, Foster traveled the United States, and even as far as New Zealand, touching the lives of hurting women, helping them discern their purpose and fulfill their destiny. No one should feel invisible.