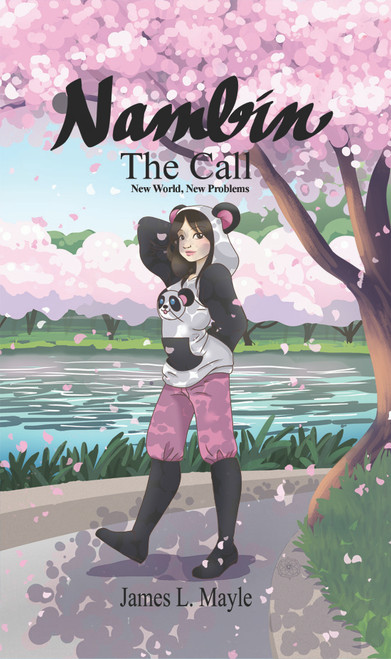 Nambin: The Call is the first of author James L. Mayle’s thrilling fantasy series, Nambin. In this Shonnen Manga novel, Mayle is able to depict friendship, hard work, and victory through his characters and the world of Nambin, but more than that, there’s also much multi layered nuance. It’s about moving forward, finding home, finding love, becoming comfortable in your own skin, good and evil, and badass battles.

Mayle originally began Nambin as a form of self-medication. He was going through some tough times, and writing helped take him away to another world. Soon, it became a literal and figurative escape. Mayle hopes his readers find happiness through the story and are able to escape to the world of Nambin just as he had when writing it. The world can be a very dark place, and Mayle wants Nambin to be a light. He wants his readers to know things do get better, you just have to believe and push forward.

James L. Mayle is currently twenty-nine years old and lives with his parents. His family is on the lower side of income, not super poverty, but week to week struggles. Mayle is fascinated by Japan; studying the culture, language, traditions, etc. is one of his most significant hobbies. He’s always dreamed of traveling, first to Japan, then others too, like Italy, France, and India.

Comics are also one of Mayle’s hobbies, Manga mostly, but he also likes some American comics. He plays some guitar, and has fun while doing so! But Mayle can’t forget about his cat, Moscato, who’s his rock, and has been there through thick and thin.

My Writings as a Poet