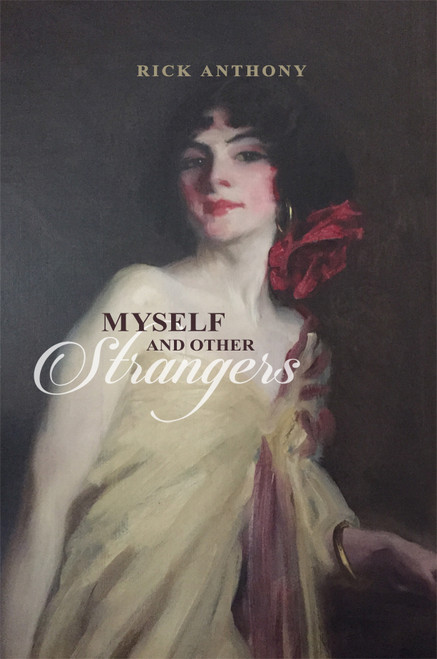 Myself and Other Strangers
by Rick Anthony

Myself and Other Strangers is, as the author notes in his preface, a midlife confessional and an autobiographical outpouring that invites the reader into a mans interior lifeone that proves to be both chaotic and entertaining.

Facing a classic midlife crisis at the height of the 1990s, Rick Anthony embarked on a course that changed his life on many levels. His struggles, experiences, and thoughts are shared frankly, with a wry wit that softens some of the hard lessons learned. Anthony dares to share what many hide: doubts and weaknesses, impulses and hesitations, and, most of all, genuine emotions.

Written as a series of brief essays, Myself and Other Strangers is about coming to grips with who you are, no matter where you are in life.

Rick Anthonys first recollection of writing was when he was eight or nine years old. He wrote a poem (that he still remembers) when he was in the third or fourth grade of elementary school. He continued to write in high school, where he edited and wrote a column for the school's newspaper and had several of his pieces published in the New York Post, which, he claims, was a respectable newspaper in those days. He wrote a senior thesis on e. e. cummings that subsequently enabled him to graduate with honors from Brown University. He also wrote at least two plays and a number of lyrics that were incorporated into original student musical comedies. Some of his non-creative, as he calls them, writings were also published in academic, historical, and business journals when he was an undergraduate and then a Ph.D. student at New York University and during his business career.

Anthonys day job was as a founder and senior executive of an internationally known corporate communications counseling firm. That task, he says, delayed whatever future he might otherwise have had as a writer, but he did have a successful and rewarding career in business. He is looking forward to pursuing his next gig, but has no idea as to what it might be. He does say, however, that it will not be writing. We shall see.