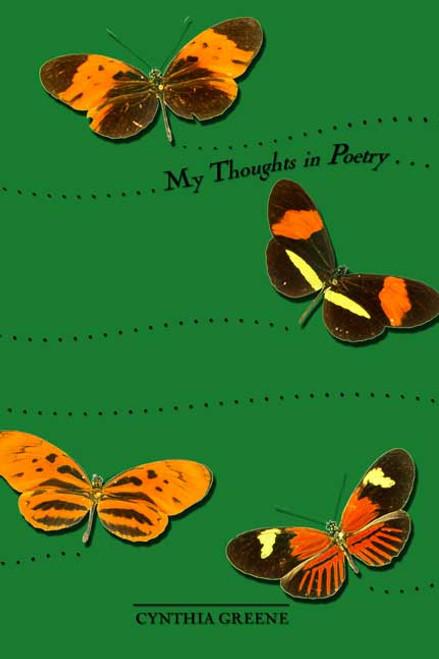 by Cynthia Greene Personal and emotional, Cynthia Greenes My Thoughts in Poetry covers a broad spectrum of topics, from religion to politics. Conveying a raw sense of the world around her, Greene paints a portrait of both the beautiful and the ugly aspects of the human condition. Above all her words are filled with the hope of a peaceful existence between people, no matter their race, creed, or social standing. ABOUT THE AUTHOR Cynthia Greene was born and raised in New York City. Though her family was not as fortunate as a lot of other families, her parents found a way to provide her with music, dancing, and drama lessons. As a teenager, she was given the opportunity to star in an off-Broadway play for the largest church in Harlem. She played the leading role. Along with acting in the play, she also wrote the song for the show. This started her personal journey to writing music and poetry. She moved to California in 1960 with her husband and six children. They became active in the local church, where she played the piano and organ. While working at Hawthorne Hospital as a CNA (Certified Nurses Assistant), she also went to school to improve her computer skills. She was then promoted to the business office. After working at the hospital for twenty-three years, she had a bout with colon cancer. Now that she is healthy and retired, she continues to write poetry and pursue her dream of being a published author. (2008, paperback, 32 pages)
×