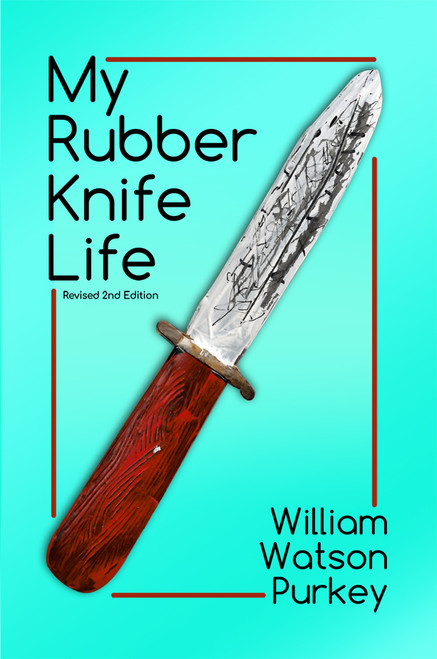 The theme of My Rubber Knife Life is to share the author’s adventures of a lifetime. His granddaughter, Emily, urged him to write his memoirs. She assured him that, during his ninety years, he had a led a very unusual life. As a child, Purkey created an imaginary world with a rubber knife and a scary Humpty Dumpty. When he was eleven years old, his mother fibbed about his age and he became a United States Senate Page Boy. He was present on the floor of the House of Representatives when President Roosevelt declared war on the Empire of Japan. He had the pleasure of meeting Winston Churchill. In high school, he was voted most entertaining, although he had absolutely no talents.From high school, Purkey entered the United States Air Force and was trained as an Ordnance Disposal Specialist (Bomb disposal). He survived the Korean War with three battle stars.Following his military career, Purkey attended the University of Virginia where he received his doctorate. After decades of work, he became a full professor at two major universities: the University of Florida and the University of North Carolina at Greensboro. While there, he wrote books that received international attention. Thanks to his books, he received many invitations to speak. He spoke to groups in 48 states; in North, Central and South America; and four of the five continents. He believes his life-long commitment to the key concepts of imagination and flexibility will be of significant value to the reader of this book.

During his ninety years on this earth, William Watson Purkey has been a soda jerk, a lifeguard, a United States Senate Page Boy, a Gandy Dancer, a junior high school teacher, a U.S. Park Ranger, an Explosive Ordnance Disposal Specialist (Bomb Disposal), and a full professor at the University of Florida and the University of North Carolina at Greensboro. His imagination led him to spend a lifetime treasure hunting. His flexibility provided him with resiliency in facing defeat. For the past sixty-nine years, Purkey has been happily married to Imogene Hedrick Purkey. They have two children, six grandchildren, and six great-grandchildren. They now live in Tallahassee Florida. His email address is wwpurkey@aol.com. He would enjoy hearing from you.

My Scars Tell a Story - eBook