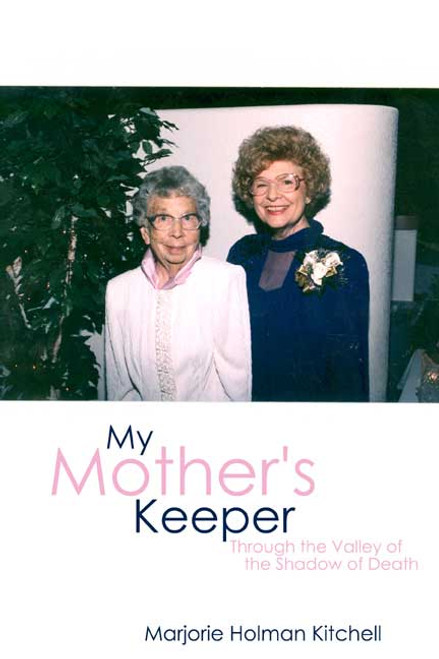 by Marjorie Holman Kitchell In this candid collection of letters addressed to her mother, Marjorie H. Kitchell weaves humor into the recollection of her mothers slow death while simultaneously crafting an eloquent tribute to her memory. Forced to contend with inadequate doctors and the resulting what-ifs, Marjories relationship with her mother grows stronger with time, as does her resolve to protect her. Although she becomes consumed with caring for her dying mother, she remains faithful to God through the whole ordeal while she courageously contends with grief that accompanies the death of a parent. Surprising, raw, and truthful, My Mothers Keeper is a captivating tribute to a dearly loved mother. ABOUT THE AUTHOR Marjorie H. Kitchell currently resides in Boulder City, Nevada, where she is a senior pastor at the Boulder City Christian Center Church. She is married to James Kitchell and has five children: Diana, Dana, Darla, Laurie, and De Erin. Marjorie is a past president of the Boulder City Ministerial Association and a former police chaplain. She collects music note novelties, plays the piano, and enjoys spending time with her kids at the beach. While Marjorie has previously published magazine articles, this is her first published book. (2006, paperback, 40 pages)
×

My Mirror And Me

My Love for the Children of Haiti