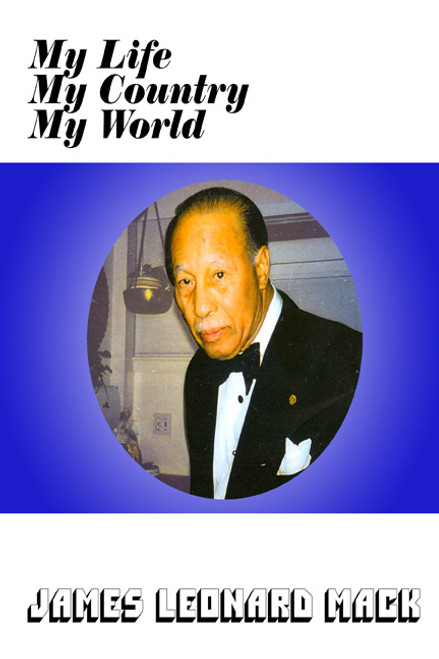 My Life, My Country, My World is a unique autobiography that chronicles the authors formative experiences and his lengthy career as an effective and well-connected foreign service officer, cultural attach, and counselor for public affairs. His diplomatic skills and experiences demonstrate the importance of foreign relations and illustrate how well America can be represented internationally.

In addition to offering insightful commentary on his travels across Europe, Mr. Mack relates his personal and professional observations on the emergent independence of African nations, particularly the Sudan and Somalia. Reflections on his later career also offer the reader a perspective on aspects of life in the Philippines and Zambia well as Hong Kong, Singapore, Thailand, and Kenya.

The engaging and entertaining narrative of My Life, My Country, My World compliments the authors thought-provoking insights and his inclusion of numerous historical details, resulting in an educational and thoroughly enjoyable experience for the reader.

James Leonard Mack, born in 1916, grew up in Washington, D.C., during a period of great social and political change as the era of segregation drew to a close and the civil rights movement progressed.

He is a retired Foreign Service Officer. He was first assigned to Khartoum, Sudan as a cultural attach. His final assignment was in Mogadishu, Somalia, where he served as a counselor for public affairs and the acting deputy chief of mission, U.S. Embassy. He received a meritorious service award from the Department of State in 1964. He also earned meritorious honor awards in 1968 and 1975, was named Whos Who in U.S. Government in 1972/73 and 1974/75, and was named Whos Who in America in 1974/75.

Mr. Mack was also a teacher in the DC public school system, an instructor of student teaching at the D.C. Teachers College, and an instructor in the Department of Education at Howard University.

He earned his bachelors degree at Miner Teachers College, Washington, DC, his masters degree at New York University, and participated in doctoral studies at George Washington and Harvard universities.

His poetry has won numerous awards including an International Poet of Merit Award in 1997 and 2001 and many honors from The International Library of Poetry including a Laureate Certificate in 2002.

My Life by Me and My Poetry In-Between