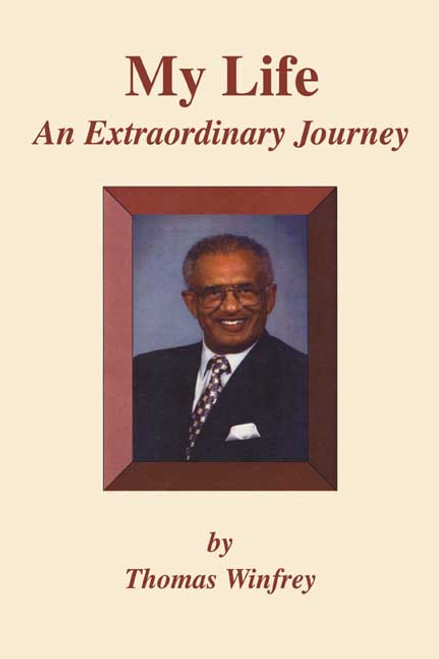 by Thomas Winfrey My Life: An Extraordinary Journey depicts the ups and downs we all find in our lifetimes through the real-life tales by Thomas Winfrey. Mr. Winfrey describes the roller-coaster ride he has taken throughout his lifetime, starting with the extreme situation of being married to one woman, having a girlfriend, and living with a third! Growing up poor, Winfrey had to deal with what was given to him. Perhaps the most interesting aspect of Thomas Winfreys life was when his mentally challenged nephew, Joe, inspired him to try to make better lives for other mentally challenged children and adults around him. The Margie Home, named after Thomass wife, was founded in order to house and teach mentally challenged adults ways to help them break out on their own and lead more independent lifestyles. A huge success, the start of the Margie Home brought in profit for Winfrey, but most importantly, it brought him great satisfaction in knowing he was making a difference in the lives of those around him. Love, loss, and growth are all prevalent themes in My Life: An Extraordinary Journey as Thomas Winfrey describes the hardships and wonderful parts of life, to which all of his readers can certainly relate. ABOUT THE AUTHOR Originally from Trenton, Tennessee, Thomas Winfrey was a self-employed owner of the Intermediate Care Facility for Mentally Retarded Adults located in Trenton, Tennessee. He and his late wife, Margie, have two children: Chrystal and Don; two grandchildren: Camille and Leslie; and one great-grandchild: Aniyah. Mr. Winfrey enjoys trapshooting and fishing, and has been a member of the Chamber of Commerce for the past eleven years. He is also a trustee for the Macedonia Baptist Church in Jackson, Tennessee. This is his first published book. (2006, hardbound, 100 pages)
×