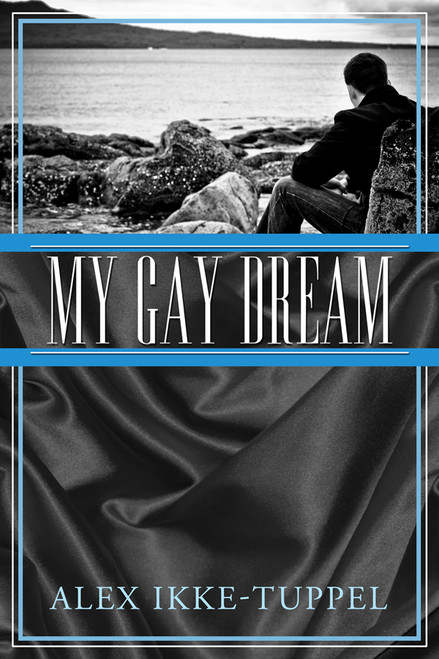 My Gay Dream
by Alex Ikke-Tuppel

In My Gay Dream, Alex Ikke-Tuppel expresses the loneliness his lead character is feeling, as he really has no friends, only acquaintances. Many of his hours are spent alone at the cafdrinking and daydreamingdaydreaming and drinking.

After some soul searching, he realizes it is up to him to do something to change this bleak existence, and he reaches out to Mark, one of only three people with whom he spends any time at all. This leads to their forming a quasi-friendship with Carl and Roger, a well-to-do gay couple who recently moved to town and with whom he feels relatively comfortable. Oh, by the wayMark is also gay, as is our leading man, but his interest in these three guys is purely platonic.

As life drones on, he spends more time with his close friends Armani, Versace, Cavalli, and Gucci, to name a few. This indulgence lifts his spirits significantly and through his association with them, in addition to Mark, Carl, and Roger, he enters the beau monde of the fashion industry, living the high life of haute couture and travel.

There is a new person of interest on the scene, who becomes the romantic object in our guys fantasies when he seems to appear everywherethe caf, the gym, etc. Is this the man of his dreams? Is this finally the life he has been waiting for, or is it just an illusion?

Alex Ikke-Tuppel is a native of Yerevan, Armenia. He is single and currently in sales for a manufacturer of semiconductors, but also has a Ph.D. in Engineering. In addition to his writing, he also has an interest in psychology.