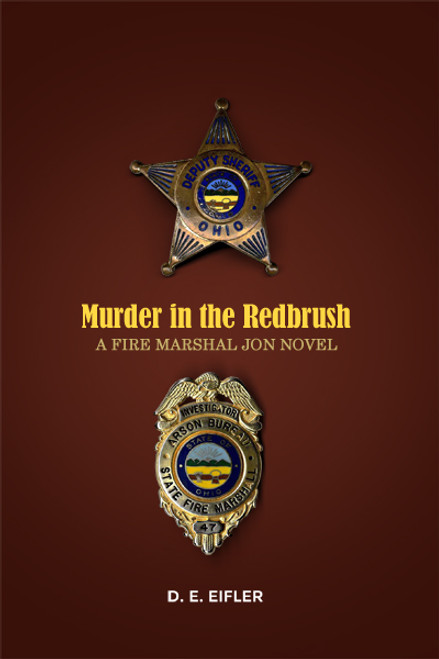 Murder in the Redbrush
by D.E. Eifler

In Jackson County Ohio, the heart of rural Appalachia, is the area of The Redbrush.

Its 1981, and Jon Hamer, the State Fire Marshal, is called to a death resulting from a suspicious fire. If there is one thing even less likely in this small county than a murder, it is the county coroner Doc Carters granddaughter, Liz, walking up on the crime scene the countys new coroner investigator.

Murder in the Redbrush follows Jon, Liz, and the countys other law enforcement personnel as they work to solve the areas sudden, unexplained murders while also being responsible for responding to everyday crimes.

Building a case while building a romance is only the beginning of what Jon Hamer will face in Murder in the Redbrush.

D. E. Eifler resides near Marietta, Ohio, with his wife. He spent thirty-seven years working as a law enforcement officer in Southeastern Ohio. He served as a police officer, deputy sheriff, and arson investigator throughout his career.

Murder in the Redbrush is his first novel.