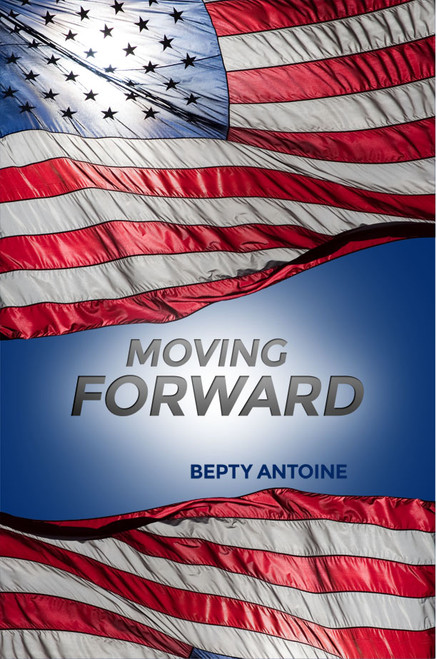 Moving Forward by Bepty Antoine is a uniquely written work combining details and personal thoughts leading up to such real life events as the 2012 Presidential Election, the 2012 London Olympics, and Super Storm Sandy. The author has documented her memories of these events and also her emotions as they unfolded.

Retired from a successful career, she attended Hofstra University in her early 60s, where she met an amazing professor of Political Science; her political interest piqued, she became an avid viewer of CNN, Fox News, and MSNBC, fascinated with their different styles of reporting. She feels one reports the news legitimately, one reports with malice and distortion, and one is very enlightening with its dynamic anchors. It's hard to know who to believe

Bepty Antoine has shared a treasure trove of interesting historical tidbits and her knowledge on important issues, such as the Affordable Care Act, education, women's rights, Medicare, and Social Security, etc. Her unusual format provides an enjoyable read.

A native of Haiti, Bepty Antoine immigrated to the US in 1965, settling in New York, where she continues to live with her husband, and her four children and three grandchildren nearby.

She attended Christ the King School, and went on to work at the American Embassy in Port-au-Prince, Haiti. Once in the US, she worked for the Owens-Illinois Co., and then the United Nations in the Department of Economic and Social Affairs.

Upon early retirement, she received two masters degrees--an M.A. in Humanities from Hofstra University and an M.S. in Education from Touro College--and became a teacher as her second career.