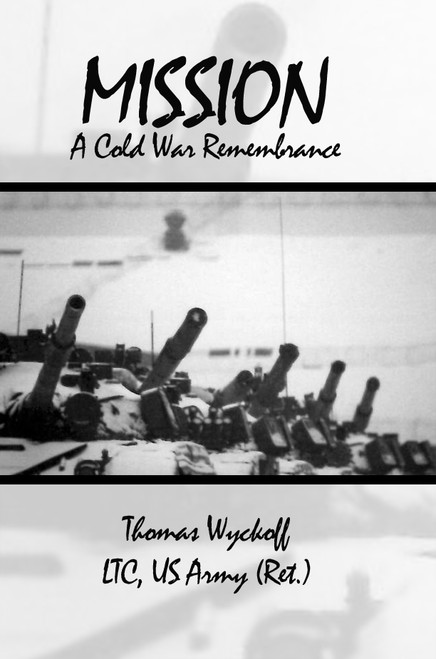 For fifty years following World War II, the US Military Liaison Mission (USMLM) to the Soviet Forces in East Germany was one of the premier intelligence collection organizations in the Cold War struggle between the United States and the Soviet Union. Operating “behind the lines” with excellent access to front line Soviet Forces in East Germany, the officers and non-commissioned officers of the allied Military Liaison Missions conducted continuous, close-up monitoring of the most powerful ground and air forces of the Soviet Union: those directly confronting NATO forces along the inter-German border.

The author was a USMLM liaison officer for four years (1982-1986). He conducted 165 missions into East Germany, performing close surveillance of the nineteen Soviet divisions located there. Mission is a personal recollection of those surveillance activities. It is a close-up view of an organization that, for fifty years, stood on the cutting edge of the struggle between the United States and the Soviet Union

Born in Enid, Oklahoma, Thomas Wyckoff graduated from Putnam City High School in Oklahoma City. The son of an Air Force officer, he spent much of his life traveling with his family around the United States, Libya (pre-Khadafi), and West Germany. Graduating from Oklahoma State University in 1969 with a commission as a 2nd Lieutenant in the Army, Wyckoff served twenty-two years on active duty as an Infantryman and as a Soviet Foreign Area Officer. He served five years in Alaska with the 172nd Infantry Brigade, in Germany, and in Washington, DC.

Retiring from the Army in 1993, Wyckoff worked as the Operations Manager for a small business in northern Virginia and traveled extensively in Russia, Ukraine, Kazakhstan, Uzbekistan, Georgia, Azerbaijan, and Romania. Wyckoff has a bachelor of arts degree in political science from Oklahoma State University and a master of arts in national security affairs from the Naval Postgraduate School in Monterey, California. He is also a graduate of the Defense Language Institute in Monterey (Russian language), the US Army Russian Institute, and the Army Command and General Staff College.

Mom, Johnny Said I Grew in a Test Tube!?: A Guide to Assist Parents in Explaining Technological Conception