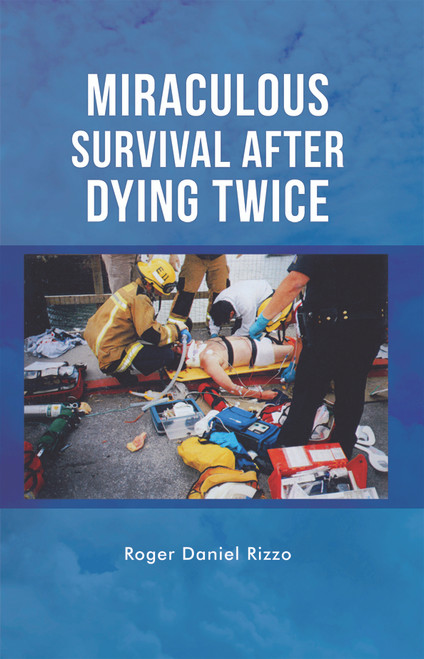 Miraculous Survival After Dying Twice, by Roger Daniel Rizzo, is the true story of his unique life – he was declared dead by doctors two separate times in his life, only to be brought back by the Lord to fulfill his life’s mission: to help the less fortunate. This book encourages and uplifts readers by using Mr. Rizzo’s extraordinary experiences to insist that anyone can use their lives for the greater good. It is imperative for the reader to understand the type of person Mr. Rizzo was before his fatal accident on June 30, 1995, in order to compare it to the type of individual he became afterward.

This book describes, in great detail, what changes he made after his accident and how he was affected, as well as elaborates on his analysis and decision to adhere to his newly-formulated mission in life for the remainder of his existence.

He believes his second death clarified his understanding of what God expects of all of us in order to enter life after our deaths on planet Earth.

Roger Daniel Rizzo has, for his entire life, been a highly motivated individual who ordinarily achieved every goal he has set for himself. Those goals included attending approximately ten years of college and obtaining three different degrees: a B.A., a M.B.A., and a J.D. in Law. Mr. Rizzo fulfilled a thirteen-year career as a civil trial attorney and successfully tried thirty legal cases. He has traveled around the world twice, in opposite directions, and has visited all seven continents and approximately ninety countries.

Now, after his two fatal experiences, for the last twenty-five years he has performed volunteer work, helping and assisting the ill, the diseased, the disabled, the elderly, the dying, the starving, the poor, the homeless, the needy, and anyone who needed him. Over the last multitude of years, he has tried to live his life entirely consistently with what he believes are God’s directions.

The House that Momma Built