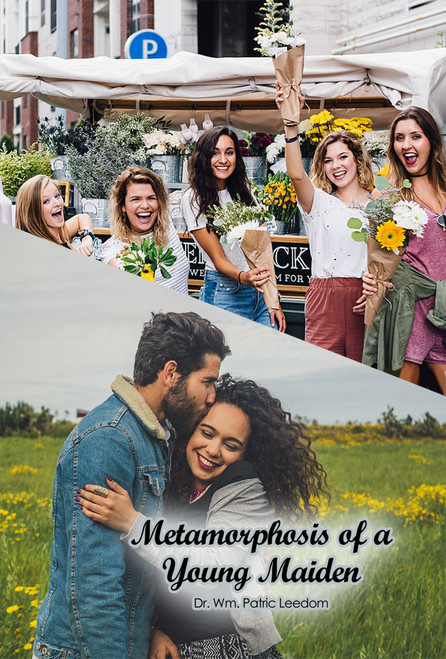 From December 1969 until June 1970, Dr. Wm. Patric Leedom’s love interest, Shelley, allowed herself to go through major changes—from a naïve, shy recluse who never considered sex in relation to herself, to a more sophisticated young woman trusting another for the first time, feeling completed and totally loved for the first time.

Metamorphosis of a Young Maiden is a collection of love letters between the two from 47 years ago. It is a powerful example of two lovers going deep into life and making themselves vulnerable to each other as they build toward an intense relationship. We should all remember to take risks with our partners and be encouraged to seek the deeper meanings and experiences that life can offer.

Dr. Wm. Patric Leedom inculcated his father’s values, following in his footsteps and going out into the community to lift up and help others. To this end, he was part of teams to first found a private Montessori school and then help found a public Montessori school. From 1983-’85 he reactivated himself in the submarine Navy, where part of his responsibilities was to care for and protect the sailors who worked for him.

Dr. Leedom entered a doctorial program in 1985 in the Department of Curriculum and Instruction, where again many of his duties and responsibilities included caring for and protecting the students under his care. He also took on the responsibility of creating the first Academic Advising Center for the entire College of Education. He currently resides in Cincinnati, Ohio.

From the Collection: JoAnn