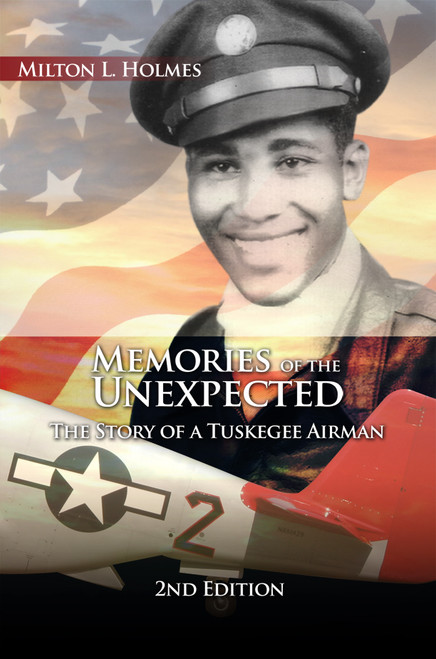 Memories of the Unexpected: The Story of the Tuskegee Airman (2nd Edition)
by Dr. Milton L. Holmes

During World War II, the Tuskegee Airmen were an all-black group of pilots who served together in a military still subject to Jim Crow laws. Milton L. Holmes trained to be a pilot in that elite group, but even though the war ended before he could get in the air, his experiences in a segregated military set the stage for a lifetime of involvement in the Civil Rights Movement, desegregation efforts, and his community.

Memories of the Unexpected is the memoir of a man who saw and participated in many of the most integral moments of the 20th century, but his name does not appear in any history book. He walked with Dr. King, fought for equal rights for black workers in the U.S. Postal Service, served his community as an A.M.E pastor, and much more. He is the only person who can tell his story because he never sought the limelight. He simply did his duty and tried to make the world a better place.

Dr. Milton L. Holmes is an ordained minister, retired from the pastorate. He continues to be involved in a number of community organizations, including Rotary, Battle of the Bulge, NAACP, and the Tuskegee Airmen Chapter. Dr. Holmes is a history buff and was involved in Brookdale Community College's WWII Studies in Conflict Resolution. During his pastoring, Dr. Holmes utilized his counseling skills to assist his parishioners and court-assigned clients. As a result of his community involvement, he has received numerous citations and awards. He is well respected by friends and his many family members. He currently resides in New Jersey.

Mind Vapor: From Pen to Paper