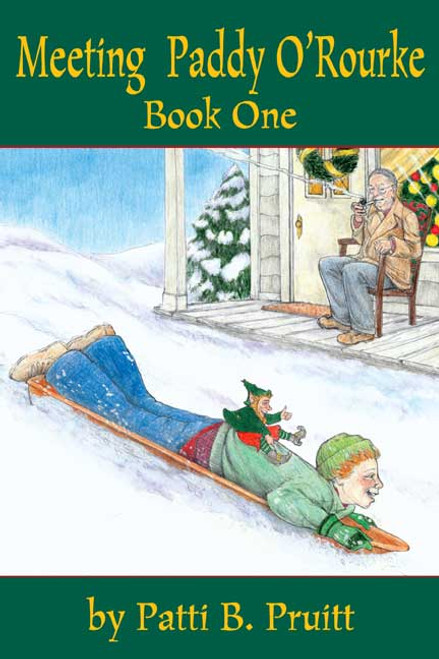 Meeting Paddy O'Rourke: Book One
by Patti B. Pruitt

As Jason McLaughlin quickly learns in Meeting Paddy ORourke, having a leprechaun in your life can be quite an adventure. When eight-year-old Jason suddenly becomes the victim of some unfortunate and unexplainable pranks, his Grampa Mac suspects that Paddy ORourke, the leprechaun, is behind Jasons troubles. Grampa Mac introduces Jason to Paddy ORourke, just as his father once did to him, and he explains that knowing a leprechaun can be both a blessing and a challenge. As Jason celebrates the holidays with his family, he comes to appreciate that his life has changed forever. Meeting Paddy ORourke is a fun-filled novel for young readers, and Pattis endearing and unusual characters are sure to capture the imagination of her audience.

Patti B. Pruitt was introduced to Paddy ORourke by her own Grampa Mac, whose letters to her shared his mischievous leprechauns exploits. Now a mother of three grown daughters and grandmother of six, Patti lives in Georgia with her husband, Tony. She is blind but enjoys books on tape and writing childrens books. Patti serves on the board of the Georgia chapter of the Foundation Fighting Blindness. (2007, paperback, 68 pages)